"Lovers Divided" is an Indie web series about what it's like to go through heartbreak. And it's funny.

Venice, CA -- (ReleaseWire) -- 10/15/2018 --"Lovers Divided" has been nominated for a 2018 Streamy Award in the category of 'Indie Series'. Yes, the show is funny, but there's a lot more heart than you'd expect. "Lovers Divided" is about what it feels like to go through the stages of a break up. Each episode begins with an onscreen count of '__# of Days, since the break up' and from there the characters take it away. Played by actors Leah Kilpatrick (@leah.kilpatrick) and Ben Goldsmith (@BenInVenice), Leah and Ben criss cross their way back into each others lives. Much like how we naturally do with many of our ex's; helping them move in, bumping into each other at the grocery store, or even watching them online. The thing that makes this couple so intriguing to watch, is that they have created a previous web series together called "Lovers United" - a show about a millennial couple that loves to fight. As you might have guessed by now, yes, Ben and Leah were previously in a real relationship when they created the first web series "Lovers United". Now, after two years of being broken up, they've come together to create a show that accurately depicts what it feels like to go through heart break. This is their real life, depicted in two different shows. It might be as real as it gets, and you can feel it.

"Lovers Divided" has now been nominated for a 2018 Streamy Award in the category of 'Indie Series'. Tune into the Streamy Awards live on October 22nd, 2018 live streaming on Youtube.

To watch "Lovers United" the web series go to: https://www.youtube.com/playlist?list=PLQ7JG_GWUF_DErDJBv8grazQEPvvEzYCo

For all things Dumb Owl go to http://www.DumbOwlProductions.com 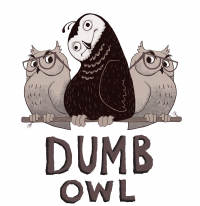 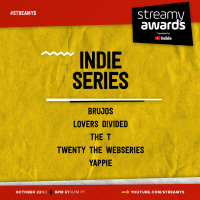