Pensacola, FL -- (ReleaseWire) -- 07/11/2019 --Indigo River Publishing is pleased to announce the publication of In The Time of the Americans by Oswald Rivera. The book stars off with the invasion of Puerto Rico in 1898, and how this event affects the fortunes of two families, the reserved methodical Walkers and the lusty Benitez clan. This multigenerational story examined how different myths and perceptions will lead to the inescapable repetitions of actions grounded in the history of both families. In essence, it is about the gradual Americanization of Puerto Rico and the internal and external clashes that underlie the current crises and challenges facing the island today.

The novel captures unusual characters and extraordinary events that involve generations of men and women, who are unable or unwilling to escape their shared destinies. It is a narrative replete with ghosts of the past and the present, war, ideological illusions, cyclical upheavals, the arrival of new technologies with the American presence, glories and disasters, and, ultimately, redemption.

Rivera grew up on the mainland listening to family stories and lore about the fabled town of Ponce at the beginning and middle of the 20th century. These tales told by parents, grandparents, family and friends were imprinted in his memory. They recount the changes of age from outhouses to cinemas, from horse carriages to the automobile, from apparitions floating on cobblestone streets to urban new-age housing, and new dreams and illusions The story-tellers, who actually lived the experience portrayed in the novel, are no longer with us, but their tales come alive as we once again witness the rise of the American century in the Caribbean.

Oswald Rivera has penned five books: two on cooking and three novels. He shuttles constantly between New York and Vermont, and is a devotee of Kung-Fu Wu-Su, which he has practiced for 40+ years.

In The Time of the Americans is now available at Amazon, Barnes and Noble, and all other book selling outlets. 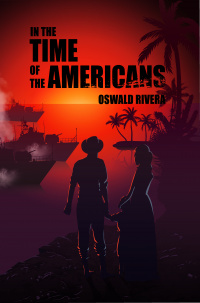