"Unbroken," the well-reviewed first album by singer-songwriter Joe Buchanan, is now available on iTunes, Spotify, and at JoeBuchananMusic.com/Store. "Unbroken" combines Joe's Texas upbringing, love of American roots music, and conversion to Judaism into an album of liturgical and original inspirational tunes.

Featuring traditional Judaic prayer, melodies, and song structure — but with Americana folk-rock influences — "Unbroken" is a full length album witnessing the universal struggle and search to find a spiritual home, a sense of unbroken self, and feeling of belonging. "Unbroken" was produced by Saul Kaye, known as the pioneer of Jewish blues, and recorded live off the floor in Berkeley, California's Fantasy Studio and at Barron Studios in Houston, Texas.

"'Unbroken' is Americana with a Jewish soul," says Buchanan. His music combines the feel-good, toe-tapping elements of country, roots-rock, and folk genres of his Texas upbringing with his love of the complex melodic and harmonic character of Jewish scales and traditional tunes. This debut album features liturgical and original songs alike in both Hebrew and English, all driven by a roaring Hammond B3, lap steel guitar, and heartfelt vocals.

Buchanan had struggled with his faith and connection to religion for years before discovering that his wife was Jewish by birth. Their joint exploration of her heritage and Judaism led to his conversion, as well as to a renaissance in his songwriting and performing. "'Unbroken' is definitely a Jewish album," says the songwriter. "We're supposed to struggle and search. That's part of who we are, and that's okay. I wanted to write music that spoke to my own journey, but also that universal journey of seeking who we are and what we believe. This is music for all of us."

Another early reviewer, Gay Griffith, noted, "If you don't have 'Unbroken' yet, you need to get it! Aside from the music and the lyrics being both beautiful and spiritual, they helped me through a difficult time in my life. Joe Buchanan is a very special soul."

CDs are available at https://JoeBuchananMusic.com/Store. Unbroken is available digitally here:

and from other digital retailers.

Note to Reviewers: Review copies and links are available. Please contact the artist.

About Joe Buchanan
Joe Buchanan is an Americana singer-songwriter from Houston, Texas. Upon converting to Judaism, he found his voice, values, and history in the Torah of the Jewish people. Buchanan has shared his music with Jewish communities across the US, and has taken the stage at notable Jewish events such as the Union for Reform Judaism (URJ) Biennial conference, NewCAJE, and at the Atlanta Jewish Music Festival. "Unbroken" is available on iTunes and other digital retailers. CDs of "Unbroken" are also available for order online at JoeBuchananMusic.com/Store. 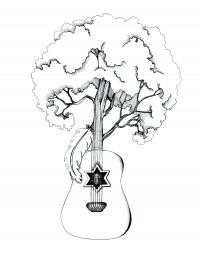 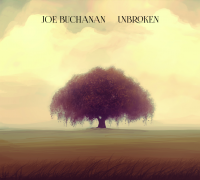 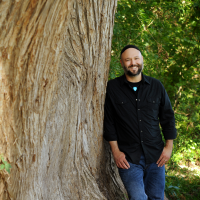 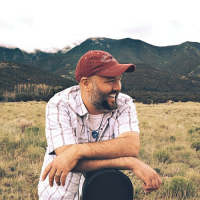