Online background check company Instant Checkmate has made yet another push to expand its social media outreach program. The company is now building up profiles on Pinterest and Google+.

Las Vegas, NV -- (ReleaseWire) -- 02/13/2013 --Instant Checkmate criminal background check company has been building up their social media outreach campaign for a little over a year. The company has seen major success on platforms such as Facebook and LinkedIn. The background check company now has over 15,000 likes on their company Facebook page, and has utilized LinkedIn to recruit a number of desirable candidates to join their team.

Recently, Instant Checkmate has turned to Pinterest and Google+ to further extend their reach into social media. Although Google struggled to get this social networking platform off the ground when it was first launched, Google+ is now gaining momentum and has become a necessity for small businesses. Instant Checkmate hopes to use their Google+ account to increase brand awareness and connect with more Google users, since Google+ is heavily integrated into all of Google’s other popular public-facing platforms.

With Pinterest, the company hopes to reach out to a new audience through visuals pulled from the Instant Checkmate Official Blog and other sources. Additionally, Instant Checkmate is using Pinterest as a platform to promote the company’s social justice causes and campaigns, as opposed to simply promoting their own service. Instant Checkmate has begun creating boards that focus on raising awareness around issues such as domestic violence and animal cruelty. The company also pins photos of their employee’s community outreach efforts.

In addition to generating an increased social media presence on these networking platforms, Instant Checkmate has also completely redesigned their company blog and main website. The new homepage now features Pinterest and Crunchbase share buttons. The company blog has been remodeled to be more user friendly, and aesthetically appealing. The blog also features additional social media share buttons. The company expects to see a major spike in user engagement as a result of these updates.

Company spokesperson Kristen Bright released a statement earlier today saying that “Instant Checkmate is a company that originated online, and operates entirely in the digital sphere. This makes it more important than ever to stay ahead of the curve when it comes to exploring new social media platforms. Innovation is a key factor in how we create our online presence.”

The original intent of the social media outreach campaign was to develop real-time dialogue between the Instant Checkmate company and its consumer base, and to facilitate customer service support. Beyond that, other goals for the program included broader, corporate objectives like brand management and direct marketing initiatives.

Instant Checkmate plans to continue to connect with users via social media and looks forward to discovering new networking platforms to join in the future. 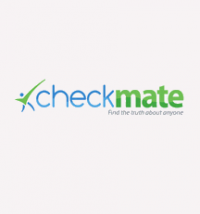