In this CES, a new kind of product received great attention from millions of visitors besides the intelligent car, virtual reality products, drones and other high tech products.

In this CES, a new kind of product received great attention from millions of visitors besides the intelligent car, virtual reality, drones and other high tech products. This product is from a Chinese Company named F-wheel, which is a famous brand in intelligent travel field. F-wheel showed its new product named icarbot, a new design portable mini somatosensory car.

Li Wei, F-wheel CEO, a 27-year-old young technology man, published a new product icarbot, a new kind of somatosensory car. Icarbot is the official name of this car. I represents the internet, car represents the car, and bot means robot. Its a new design mini car robot with internet intelligence. This new design intelligent mini cloud car has a simple high tech appearance and small volume. It has the same size with the laptop and weighs only 3.4 kg. People can pick it up with just one finger. This product is the lightest people mover ever known in the world. Though its has small volume. Its motor power reaches up to 500w, and max speed reaches up to 12km/h. And it can load 100 kg weight and climb the slope of 10 degree. According to the report, this motor technique is at the leading place in the world, and its patent is owned by F-wheel company. Icarbot can interact with a mobile phone bluetooth. The user can remote control the icarbot with the mobile phone APP. At the same time, 2.0 Version of this car is able to interact with people with voice. And the human auto following function is added.

This new product has surpassed verge of self balancing scooter scope, containing some human intelligence in some degree and striding forward to the direction of robot field.

Picture Three: In the show

A continuous stream of visitors came to the booth of F-wheel. This product will become the hottest product in 2016.

About F-WHEEL
F-WHEEL Self-balancing Electric Unicycle & Scooter, which is a Sino-German joint venture corporation founded in 2012 in Germany. It is a high-tech company that operates on product manufacturing, researching and development, as well as sales and marketing activities. F-WHEEL is on a mission to realize intelligent green travel industry and boost the improvement of human transportation situation. F-WHEEL dedicates to researching and developing the intelligent self-balancing electric unicycle, owning a large quantity of patents. F-WHEEL has founded three researches operation base before its foundation. In high-tech city (Shenzhen) it has also founded R&D and production base. Meanwhile,(Shenzhen Counterbalance Technology Co.,Ltd), as a subsidiary of F-wheel, has invested a large part of money in building the top workshop, expanding and developing the R &D team. In international city (HongKong), this trading company (Counterbalance Technology (HK) Co., Ltd) operates international trading business at the same time.In the center of China (Zhengzhou), there founds the operating and logistic center of ( Zhengzhou F-wheel Industrial Co.,Ltd) , which has been exporting its electric unicycles to dozens of countries since 2012. F-WHEEL has a high reputation in self-balancing electric unicycle industry that Global Times,CCTV economics channel and lots of other domestic and foreign popular medias has frequently reported about this company. F-WHEEL is the long-term strategic partner of Marathon so far and has won the prize of the best responsibility brand and the prize of the best vehicle journey partner.In January 2015, F-WHEEL cooperates with the famous Huanghe S&T University ,which has founded a platform for intelligent hardware industry research and development. Its main goal is to research and develop the intelligent self-balancing electric unicycle, robot and UAV(unmanned aerial vehicle ). It is a comprehensive scientific base of production, study and research. So far, F-WHEEL has a strong R&D network and reserve force, speeding up the process of globalization. 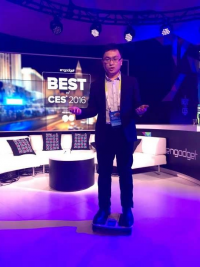 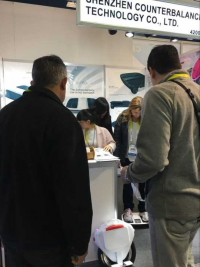