Introducing Boarding Party, the Perfect Board Game for Any Party

Board games are perfect for curing a bad case of nothing to do. Today a new board game has just been teased: Boarding Party by Grand Slam Studio, promising fantastic offshore raids.

Siloam Springs, AR -- (ReleaseWire) -- 12/27/2016 --The world of board games has always fostered new innovations. The genre as a whole is known for sporting new mechanics that have never before been seen by players. As a result, the best board games are always enthralling and unique to play. Here to provide one such experience is a board game set in the golden age of piracy named Boarding Party by Grand Slam Studios. Boarding Party allows players to raid ships, cast abilities, and ultimately plunder their way to victory.

The game itself revolves around one goal: boarding and plundering the Spanish Treasure Fleet. Players compete to get their ships in position to attack and raid the fleet, and the first one to successfully conquer the fleet wins. To achieve this goal, each player is given a hand of cards as tools. You may choose to acquire more ships, upgrade them, attack a player directly or indirectly and counter attack. Each player is given a character and with their own unique perk and ability that gives each player unique advantage over another.

A player can do many things with an action card from seeing into future, to redraw discarded cards, to steal from an opponent. What's more is that there is an aptly named action card titled "NOPE" to stop the actions of other players. This depth paired with a deck of over one hundred cards means that every play through of the game will be its own unique battle. Players will find that the game is intuitive to pick up and play with a simple setup process, but that the strategy behind the game is beyond imagination. As a side benefit, the Grand Slam Studio design team has already produced an expansion to the game called The Royal Crook. This expansion includes a new mechanic of factions alongside a plethora of new and unique cards.

To produce Boarding Party with the level of quality needed to make the game durable as well as epic, the Grand Slam Studio design team has launched a crowdfunding campaign on Indiegogo. The first few supporters of the campaign will receive a first-edition copy of the game for an early bird discount. Those interested in plundering the legendary Spanish fleet, destroying enemy vessels, and experiencing unmatched fun are encouraged to take advantage of this sale before it is over. 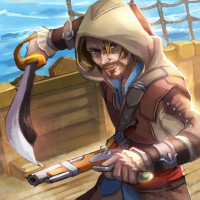 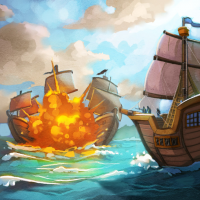