The current renditions of popular guitar amps have been around forever. It is time for an upgrade. Here to provide just that along with newfound mobility is the GRasPi Guitar Amplifier.

Florence, Italy -- (ReleaseWire) -- 12/13/2016 --The world of music is one of loud and unapologetic creativity. Guitarists will always be searching for the next high-end amp and creating extraordinary music. Unfortunately, the customization of the sound from these amps has always been limited by the number of dials on the amplifier. These amps have also been limited in portability by weight, size, and dependence on a power source. The GRasPi Guitar Amplifier is here to change all of that with open source autonomy. Through a Raspberry Pi enabled system, the GRasPi Guitar Amplifier is able to provide unlimited tuning options in customizing the tone and volume of music. The prospect of having this level of tweaking power is exciting for anyone looking to play music to the beat of their own drum, creating new, previously unheard sounds.

The GRasPi Guitar Amp was designed with portability in mind. As a result, none of the dimensions of the miniature amp exceed seven inches, making the GRasPi entirely backpack-friendly. Additionally, the GRasPi Guitar Amplifier weighs in at under ten pounds, allowing the amp to be easily carried for miles. These structural features alongside the independent battery power source make the GRasPi perfect for those who lead an on the go and spontaneous lifestyle. And for the street musicians out there, the GRasPi is an easy way to pump up the volume without worrying about using city electricity as the battery pack can last for hours on end.

For those who need marathon-length jam sessions, the GRasPi is also able to operate on a wired power source. Aside from the portability of the GRasPi stands the variation in sound producible by the guitar amp. The GRasPi accepts sound data through four USB ports, an ethernet port, and MIDI input port. This variety of acceptable data sources along with the customization provided by the Raspberry Pi platform makes the GRasPi Guitar Amp the most adaptive amp on the market. As a side benefit, GRasPi units that are equipped with the Raspberry Pi 3 are able to be connected via WiFi and Bluetooth.

Unfortunately, a project of this magnitude requires funding to mass produce. To remedy this issue, the GRasPi team has launched a crowdfunding campaign on Kickstarter. Early adopters will be treated to a GRasPi amp at a forty dollar discount. With the support of readers, the GRasPi can provide the update to the traditional guitar amp that the industry needs. 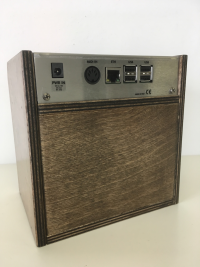 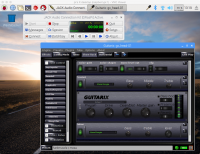 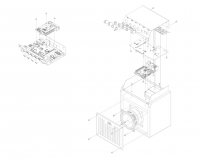