Most people are skeptical concerning the legitimacy of alien abductions. But, believers or not, RED LIGHT, based on a video recorded account, is sure to wow any view.

West Hills, CA -- (ReleaseWire) -- 09/26/2016 --With the International Center for Abduction Research (ICAR) reporting hundreds of thousands of abductions since the formation of ICAR, (1) public interest in human-alien interaction has never been higher. To help satisfy the public's cravings is RED LIGHT, an expertly staffed and accurate extraterrestrial-abduction movie based on a true story. But there is one hinderance holding back the full potential of this film: funding. Despite the experience of the staff in working with low-budget indie movies, a not insignificant amount of funding is needed to make a realistic and feature-length science fiction film. To aid in garnering these funds RED LIGHT has launched $960,000 crowdfunding campaign. But what exactly is being produced? And what is this true story that RED LIGHT is set to revolve around?

The inspiration for this film interpretation began in 2012 with a real-life experience in Florida. A middle-aged man realized a video he did not remember recording had made its way into his phone. Upon reviewing the film he quickly realized what had occurred: he was abducted by aliens. Whether fans believe this account or not, RED LIGHT is sure to wow audiences with detailed intertwining plot lines, brilliant characterization, and professional production. But any unconvinced onlooker is welcome to enjoy the backer reward of a fifteen minute documentary dissecting the real-life recording, providing frame-by-frame analysis.

Other backer rewards range from a thank you email to an up-to-date On-set Video Journal to a feature in the credits as co-producer paired with an official IMDb page citing the role in the creation of the film. In this way anyone can become involved in the movie that will sweep theatres starting June 2017.

About The RED LIGHT Crew
RED LIGHT is being produced by an arsenal of talented crew members: Lawrence Razo, Lance Hyden, Dempsey Tillman, Ted Dewberry, John Garrett and John Bussard to name a few. Starting with the producer, Dempsey Tillman is sure to bring blockbuster expertise to this budding film. Having worked in Fast Five, 2 Guns, and 10 Cloverfield Lane (2), he holds vital experience that will make this film take off. To augment this experience is the RED LIGHT camera man, John "Johnny G" Garrett, his phenomenal reputation after working in Man Of Steel, Captain America, The Bourne Legacy, and Handcock ensures that every angle in RED LIGHT will be smooth and stunning. But the most important team member are the contributors. Even if these supporters do not contribute through monetary means, spreading the news about the campaign and the coming movie is simply invaluable. 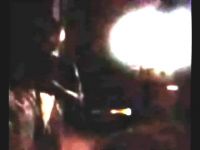