Over the past few decades, everything from doorbells to cell phones have received drastic updates. Now, the Iotty team has decided it is time to upgrade the light switch for the modern era.

Brooklyn, NY -- (ReleaseWire) -- 04/24/2017 --Light switches were invented over one hundred years ago, yet they have stayed relatively stagnant in both function and design. There is still a bulky gadget that simply opens or closes a circuit, and while the design is rather unappealing, it has become accepted as a necessity in the field of interior design. Of course, minor changes have been made including changes in the appearance of the switch and small functionality additions like the inclusion of dimmers. But all of these changes are simply too small to make a change to the sub-par standard that light switches currently are. To address this issue, a new product named Iotty is preparing to give the light switch a much-needed update, coming this June.

The Iotty light switch comes with a blend of elegant function and form. Starting with the form of the Iotty light switch, with a sleek and low profile. Upon unboxing the device, users will find that the switch is about the same size as a traditional light switch and is completely flat. To operate Iotty like a conventional light switch all the user needs to do is give the panel a light tap, a feature that is surprisingly convenient when carrying multiple items. As an added benefit, the Iotty touch screen is made of tempered glass and is backlit, ensuring that the Iotty is both durable and fashionable.

As for the functionality of the Iotty light switch, the switch can be both programmed and operated from its companion smartphone app. Via the smartphone app, users can turn on multiple lights manually, or have the lights set to turn on when the user's location is within a certain distance. This feature ensures that no user will come home to an unlit house again. The lights can also be activated by a variety of other methods including weather sensors to have the garage door close on windy days or have the lights turn on at sunset. The Iotty light switch can even act as a burglar deterrent, randomly turning on lights while the user is away. What's more is that the Iotty light switch promotes green energy practices, notifying users at present energy usage thresholds.

Sadly, building a technology this advanced is no easy task. To remedy this issue, the Iotty team is launching a crowdfunding campaign on Indiegogo in June. Through the campaign, supporters can pre-order the Iotty light switch in a variety of colors at a discount while supporting the switch. Together, readers and the Iotty team will be able to revolutionize the light switch. 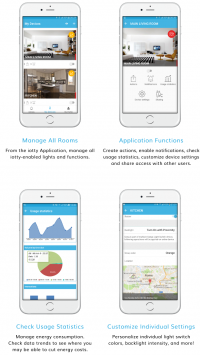 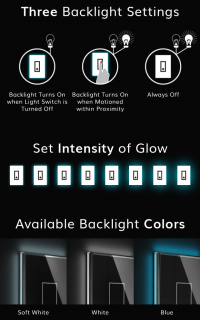 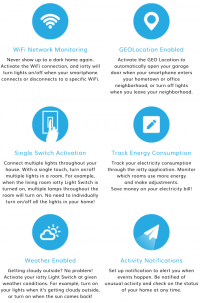