Introducing the QR Scanner Rewards App, That Rewards Users for the Things They Already Do Everyday

Singapore -- (ReleaseWire) -- 10/10/2018 --ConnectUpz, a tech startup company based in Singapore, announced the launch of their Kickstarter campaign for the QR Scanner Rewards app, that rewards users for the things they already do every day - from buying their morning coffee to having their nails done from almost any merchant. A good loyalty rewards program is critical for retail sales conversion, hence the QR Scanner Rewards App aims to give merchants without big brand names the ability to have their own loyalty program for free.

ConnectUpz aim is to give all business owners the ability to reward their loyal customers with customized rewards to suit their needs in just 4 simple steps. Setup is a breeze for any merchant, with the easy to use pre-loaded reward templates such as 'Buy 5 Get 1 Free' or '30% Off Your Next Purchase' just to name a few. This App is also carefully tailored to suit merchants across all business industries. The uniqueness of the QR Scanner Rewards App is that it allows participating merchants to advertise their business and rewards to users of the App, thus increasing sales opportunities and brand awareness.

"With research showing that 84% of consumers are more likely to choose a retailer with a loyalty program, it is important for small business owners to have a scalable loyalty rewards program that is able to grow together with their needs," said Vijay, Founder of ConnectUpz.

The QR Scanner Rewards App is designed to be functional and rewarding for its users. It functions as a regular QR code reader and allows users to collect rewards from nearby merchants as well. The App displays the merchant locations within the country, and its distance using GPS so that it's relevant for the users. Another feature of the App is that it makes it easy for users to approach their favorite merchants and encourage them to come on board the platform, all thanks to its easy setup that can be done in under 5 minutes.

The QR Scanner Rewards App is being launched as a Kickstarter campaign to onboard early adopters for both users and merchants. The App will be made available on both iOS and Android.

About ConnectUpz
ConnectUpz is an easy to use loyalty rewards platform for businesses to connect and build a relationship with their customers. Make every day a rewarding experience for your customers. 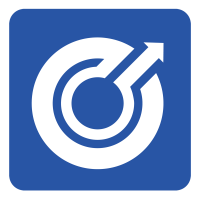