Strategy games have long enthralled the minds of the public. Unfortunately, they can easily become unexciting. Here to amp things up is UMBRANA and its million dollar prize pool.

Amsterdam, Netherlands -- (ReleaseWire) -- 12/23/2016 --In the world of gaming, strategy games are often considered a 'pure' form of gaming thanks to their championing of raw skill and straying away from the often frustrating factor of luck. This sort of format allows players to excel and train without facing the frustration of relying on a dice roll. In turn, these strategy-based games are allowed massive prize pools, which drawing viewership for games like Starcraft, League of Legends, and even more traditional games like chess. Sadly, the higher-dollar prizes for these games are largely inaccessible due to the development of an elite professional scene. Today, there is a new game by the name of UMBRANA to provide everyone with the opportunity to win the one million dollar prize pool without relying on the roll of a die.

Over the course of a nine-month play period, UMBRANA players will compete to become the dominating alliance. This alliance will then be awarded the one million dollar prize pool as a reward for their dedication and efforts. The game itself blends the best aspects of a Real Time Strategy (RTS) and Massively Multiplayer Online (MMO) games. With an enthralling backstory involving lost worlds and a lively cast of characters and races, UMBRANA is sure to entertain both veterans and novices to the genre.

The competition window will be divided into three stages or eras. First comes the Era of Growth and Economy. In this phase, players will focus on building their armies, resources, defensive structures while able to attack other players and steal resources. All in an effort to become an attractive strategic alliance. Individual players attacking each other for robbing commodities.

Next is the Era of Alliances. Here players will construct alliances, trade, and begin to compete with other players. What's more is that these alliances are contractually binding, meaning that players cannot backstab their alliance, adding a level of realism to the game. Lastly will come the End Battle. In this third and final phase, the global boss is revealed and the game's goal transforms into a desperate effort to survive. The last alliance standing is named victor and is awarded the massive prize of one million dollars.

In order to produce the game with the quality that the developers have set out to achieve, the developing team from Silence Games International has launched a crowdfunding campaign on Kickstarter. Patrons will receive anything from access to the beta to a VIP invite to the UMBRANA launch party. With the support of readers, UMBRANA will breathe life and inspiration back into the strategy gaming community.

Those interested are encouraged to learn more about the game on the campaign page. 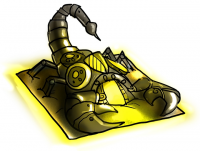 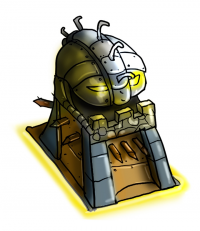