Is Liberty and Justice a Matter of Color in America

North Dighton, MA -- (ReleaseWire) -- 07/28/2020 --In recent years, law makers have been addressing the racial imbalance in the application of the federal drug laws. That means that people of color who are arrested today face a more lenient criminal justice system than those who came before them. The unfairness, however, did not stop with the federal drug laws. Court records also show a huge disparity in the application of the federal gun laws and the laws that govern post-conviction relief as well. This means that black people, who are now serving illegal sentences must remain in prison simply because they are too black or too poor to afford an attorney-even those who are actually innocent.

The United States has finally come to admit that its federal criminal justice scheme is racially motivated. On December 13, 2019, USA Today published an article that highlighted a yearlong investigation, examining "hundreds of thousands of arrest records and federal drug convictions nationwide over the past 30 years and found:"

"Most crack users were and still are white, according to federal surveys, but blacks were sent to federal prison nearly seven times more often for crack offenses from 1991 to 2016. From 1991 through 1995, the ratio was more than 13 blacks imprisoned for every white defendant locked behind bars." and that;

"Nineteen of the nation's 94 federal court districts, excluding island territories Guam and the Northern Mariana Islands, didn't send a single white defendant to federal prison on crack charges from 1991 through 1995. Among them were districts that encompass such major cities as Chicago, Indianapolis and Houston. A greater number of whites were prosecuted for crack offenses in state courts."

Unfortunately, the racism that drives the federal criminal justice system does not end with the application of its drug laws. A huge disparity also exists in the application of its gun laws. That means that the government and the courts are more likely to seek additional charges for the use of a gun if the defendant is black. Also, when new laws identify that a prisoner is serving an illegal sentence the courts often refuse to grant relief to anyone who is black or just too poor to pay a lawyer, even if the prisoner is actually innocent.

In today's political environment, candidates who harbor a "tough on crime" or a "lock em up" mentality, are taking major criticism for their unreasonable ideals, making it much harder to maintain a dollar to prisoner balance. As a result, federal district courts are less inclined to grant relief to pro se petitioners, who are mostly black or poor, regardless of innocence. Also, granting relief to a prisoner who is discovered to be innocent is an admission to error, on the part of those who are trusted to manage the American criminal justice system. Any admission of error is not a good look for people who are now struggling to maintain an image of legitimacy in the eyes or the American people.

A very good example is the case of Michael DeAngelo Davis (reg. #24604-077), a black federal prisoner. In 1993, Mr. Davis was convicted of Hobbs Act Robbery. At sentencing the government asked the court to stack on an additional five years for a gun that didn't really exist. And just for good measure the government asked the court to illegally apply a second sentence, of 25 years as though Mr. Davis was a second time offender under the gun law, even though he was a first-time offender. The court granted the government's request and sentenced Mr. Davis to 38+ years in federal prison.

On December 21, 2018, The President of The United States, Donald Trump, signed The First Step Act into law. The new law, among many other things, clarified the federal gun law in a way that proved that Mr. Davis had been Actually Innocent of the second gun conviction the whole time.

In January of 2019, Mr. Davis, a changed man after 26 years in prison, met an American Author named Kelly Patrick Riggs. Mr. Riggs had been serving as a Jailhouse Lawyer for years and immediately recognized Mr. Davis's second gun charge as unlawful.

Mr. Riggs assisted Mr. Davis in seeking relief from the Fifth Circuit Court of Appeals. He also moved the federal district court in Fort Worth, Texas to appoint counsel. The district court refused to appoint counsel and the court of appeals denied relief based on technicalities. During this process the Supreme Court of The United States gave its ruling in United States v. Davis, et. al. (an unrelated case), and held that the gun law was unconstitutionally vague. Mr. Davis filed a renewed motion for relief just as many other prisoners had. Mr. Davis was denied relief yet again.

Mr. Riggs having filed for relief in a large number of federal gun cases has noted that the courts are systematically denying all un-counseled requests for relief. What's more disturbing is that the courts are granting the appointment of counsel to a large number of white prisoners but not to black prisoners. This racial disparity is an alarming trend in the Texas Federal Courts. A very good example is the case of Duane Edward Buck ( Buck v. Davis, 137 S. Ct. 759 (2017)), where a Texas district court and the Fifth Circuit Court of Appeals upheld a death sentence that was based on the fact that Mr. Buck "was more likely to commit additional crimes because he was black". The Supreme Court reversed Mr. Bucks sentence of death.

Recently, Mr. Riggs requested the assistance of the NAACP, in Fort Worth Texas and is currently seeking the attention of social media star Kim Kardashian West, on behalf of Mr. Michael DeAngelo Davis. He prays that the facts of Mr. Davis's case will shock the senses of all involved. Mr. Riggs and The Supreme Court have stated that the American criminal justice system should be color blind, giving no room for racism in the courts of The United States.

For more information about the practice of Post-Conviction Relief and The Ineffective Assistance of Counsel visit: www.freebirdpublishers.com and review the books written by Kelly Patrick Riggs.

About Freebird Publishers
Freebird Publishers (https://www.freebirdpublishers.com) is headquartered in North Dighton, Massachusetts (MA). They serve the entire United States and international locations. They have earned the confidence of prisoners and their families nationwide by being a leader in the business of providing necessary information and specialized publishing services to inmates and their loved ones since 2013. Freebird Publishers provides a full listing of the hundreds of services available to prisoners in their detailed catalog, the Inmate Shopper. For more information about the Inmate Shopper and the tools it provides that an inmate can use to make their incarceration productive visit: https://www.freebirdpublishers.com or send a direct email to: Diane@freebirdpublishers.com, also available to inmates through use of prison email system. 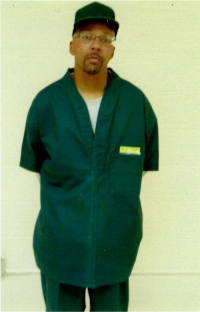 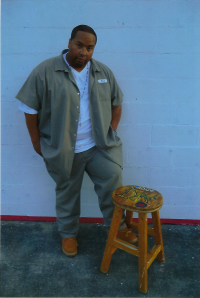