Rosh Haayin, Israel -- (ReleaseWire) -- 09/23/2016 --"Sculpting" his artworks on canvas to bring social issues to the fore, artist Shai Yossef broadens his reach to a wide marketplace online. Continually gaining recognition as the art world's newest rising star, Yossef now shares four of his most influential pieces on Amazon. Sold originally in oil in Australia, Germany, the USA, Austria, and Dubai, Yossef has launched his works, "Coat of Many Colors," "Julio," and "David and Jonathan." "Renty," the haunting portrait of a battered yet brave African slave, is available both in a high-resolution print converted to canvas on Amazon and in its original oil on eBay.

Having received permission to paint work commissioned in March of 1850 by biologist Louis Agassiz to demonstrate the inferiority of the black man, the original Renty photo hangs in the Peabody Museum at Harvard University. Now through his subsequent painting, Yoseff seeks to show the humiliation, the pain, and the scars left on the man despite the stature of the subject. He still stands straight and firm holding a gaze that can only elicit rumination on what it means not to bend to circumstance.

Yossef said of the motivation to paint, "After years of struggling to find my place in this world, I made a decision. I like to say; I went all in on my existence. Almost instantly, a metamorphosis started that shows in my art. While I used to be greatly influenced by the goth, the nude, and the mysterious, today I am mostly influenced by the Bible, social issues, children, and the joy of living. Even when I express sadness in my works, the value of love remains prominent. More innocence, less cynicism. It's very liberating."

Only 250 signed prints are available for the 70 x 100 cm print. Seven centimeters of extra canvas for stretching over a frame is provided.

About Shai Yossef
Shai Yossef is an artist who lives in Israel that provides the art world with paintings that are highly-texturized, large-scale, colorful and engage in social values. He studied for two years with the artist, Zuriel Sdomi.

Shai Yossef's work on Amazon can be found at http://goo.gl/zzS2yj 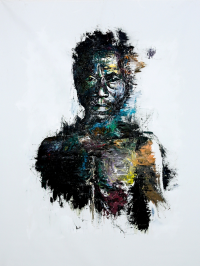 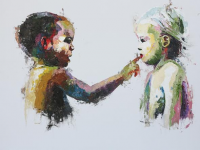 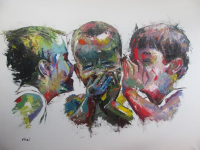 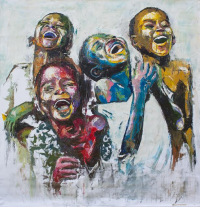 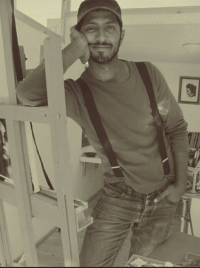