Los Angeles, CA -- (ReleaseWire) -- 12/17/2015 --With so many great actors in Hollywood, it can be tough to get noticed. Not so for actor Marlon Samuda. "Marlon has a cultural background and worldly awareness that is incredibly unique, and something I needed for my series." says Twenty To Life writer/director Dueal Andrews. Twenty to Life is a drama that deals with the harsh realities of life after college and begins filming in March 2016. Andrews worked with Samuda in Los Angeles on a play called Love Games, and after seeing him perform live, decided to cast the actor for his new series. "He has this charm about him...such great energy."

Blanche Baker, who received an Emmy Award for her role on Holocaust with Meryl Streep, worked with Samuda while he was completing his Master of Fine Arts degree at New York Film Academy. "Marlon has an innate understanding of human behavior that makes him a compelling actor to watch perform." Baker's credits also include Sixteen Candles, The Handmaid's Tale with Robert Duvall and Raw Deal with Arnold Schwarzenegger. "Marlon has a truly artistic soul and will continue to excel." Baker continues.

A multi-award winning writer, playwright & director in Los Angeles, who has also worked extensively on Broadway, Lonny Stevens cast Samuda in two different plays to date. "Marlon is extremely talented, but he's also very disciplined." remarks Stevens. When asked if that is unusual, Stevens adds, "For a young actor? You bet!" Stevens, who has worked with Woody King, Jr., Dustin Hoffman, Ron Milner, Faye Dunaway, Roscoe Lee Brown, Harrison Ford, Bill Duke, and many others, has a sharp eye for actors who will rise in Hollywood, and those who won't. "They come in thinking they are all that, but aren't prepared. Not Marlon. He's very hardworking, and an unbelievable talent." Stevens says.

Samuda's work ethic may have been instilled by his father, who is a well respected attorney in Jamaica; however, it is his mother, who inspired him to become an actor. A former actress and dancer who performed at the prestigious West End, England's equivalent to Broadway, Samuda's mother later became a dance teacher in Jamaica. "I grew up watching her teach, and spent a lot of time surrounded by actors and performers." says Samuda. "It was very natural for me. I started acting very young."

Samuda is also set to star in a series in 2016 for MyKEEtv called Caribbean Roots. 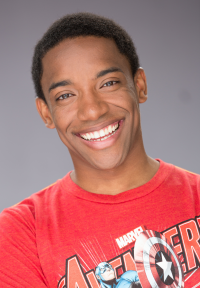 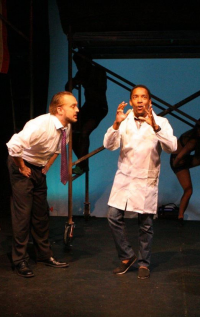 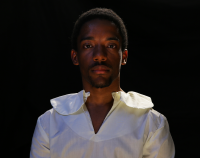