Houston, TX -- (ReleaseWire) -- 02/01/2018 --Houston-based singer-songwriter Jeannine Higgins is set to release her debut album on February 6th. As a child, Jeannine was passionate about singing. Her early years as she grew up in Bucks County, PA were filled with Folk, rock and show tunes. Following her first instincts, she studied both cello and piano. Her time growing up was divided between playing music and singing in choirs.

As life would have it, Jeannine became the mother of three incredible boys. Motherhood and the joys that come with it slowly pushed her music to the side. Her passion for music never faded, however. It was reawakened six years ago when she picked up a guitar and started to play it.

Jeannine has since relocated to Houston, Texas. There she decided to take her guitar and perform at a few local open mics. The response was amazing. It wasn't long before Jeannine was treating audiences to her incredible voice and guitar skills at her own shows in several of Houston's popular venues.

It wasn't enough for Jeannine to just sing popular hits. Wanting to express herself in her own unique way, she started writing her own songs about three years ago. Performing her own songs has brought an added quality to her music. Listeners can feel the warmth as Jeannine reflects on life's lessons.

With the soft, clear and yet intense quality of her voice, Jeannine has a way of transporting her audience back in time. Her songs, such as "Would you?" immediately send listeners to a place where you reflect back on your own memories.

Having revived her old passion for music, Jeannine is now fulfilling her lifetime dream. She has compiled some of her best original songs and will soon be releasing her own debut album. Her goal is to have the album released by February 2018.

Jeannine and her team have launched a crowdfunding campaign on Indiegogo to help raise funds for the production and distribution of her debut album. Jeannine is hoping to reach more ears and touch more lives through her music with the album. It's her wish to continue to sing and write songs that resonate with the world. This album will be the first start in introducing Jeannine to greater audiences and allowing others the opportunity to experience her inspiring sound.

Find out more and listen to her sing by visiting her crowdfunding page here. 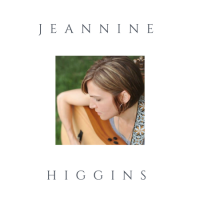