New York, NY -- (ReleaseWire) -- 09/18/2013 --Jennifer Lang, a rising artist in today’s world of music and entertainment, has released her new mini album, entitled “3'O Clock ~ The Remix II”. The official date of the release of her mini album will be on October 5th . Lang is known for her latest single release to radio, entitled “Hi Jama Electro Funk Mix”, which has already started receiving airplay on stations in the United States, France, Australia and the United Kingdom.

Nowadays, there are different genres of music available in the market. Music comes in various messages, styles, and forms. However, some songs don’t leave listeners with a sense of understanding and hope. As a rising R&B/Soul artist, Jennifer Lang has released tracks that will change the perspective of listeners because she knows that everyone deserves something that will help him or her shoot for the stars and dream bigger by listening to inspirational songs.

Jennifer Lang's songs, were fueled by her life experience. She knows the value of love and has helped others to understand the true meaning of love, especially when it covers forgiveness and sacrifice. Her musical journey started when she was just eight years old. She performed in Pine Bluff, Arkansas and it is her first public performance that allowed her love of singing to take root. She also developed her talents in writing and producing while performing in college and her church choir.

Jennifer Lang’s mission is to offer listeners a kind of music that will inspire or motivate them to achieve what they want in life. That is the reason why most of her songs will give listeners hope and understanding, which will fuel them to catch their dreams.

With the release of Jennifer Lang’s mini album, it is expected that music lovers will experience a refreshing perspective as Lang offers extraordinary songs that she hopes will make a difference. “3'O Clock ~ The Remix II” is being distributed through INgrooves Fontana to over 600 online and mobile destinations across the globe. Jennifer Lang’s tracks are also available on retailers including Amazon, Spotify, iTunes, and the like.

Jennifer Lang is a rising artist who aims to produce songs that come with love, hope and understanding. Through her mini album, Lang unleashes a new and fresh collection of modern music.

To know more about the newly released mini album of Jennifer Lang, simply visit http://www.JenniferlangMusic.com or http://www.GiveThroughMusic.com. The sites also contain the tracks that are included in the album.
### 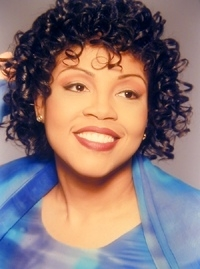