Los Angeles, CA -- (ReleaseWire) -- 02/13/2018 --John Nicholson the actor, best known for his portrayal of legendary homicide detective Rod Demery on the hit network television series Murder Chose Me is back for a 2nd season with the popular show. The actor is a native of New York City and now lives in Los Angeles.

In late 2017, the actor made a few dramatic changes to his team, by separating from his long time manager Shar Ross at Ross Stephen's Artist and Entertainment, and opting to team up with well known and respected theatrical agent Theo Cesar at 90210 Talent Agency in Los Angeles and equally well known theatrical talent manager Eileen O"Farrell at Eileen O'Farrell Management. John also added Katrina Smith Nyod from Nuvision Media Entertainment as his publicist.

John's quoted as saying "I feel really good about the team behind me now and I'm looking forward to 2018 and beyond.

Actor John Nicholson recently joined up with Rod Demery to attended the African American parade in Shreveport, La. on February 3rd 2018, where Rod Demery was one of the honoree's. "It was a pretty amazing event, and despite the cold and rainy weather i'm pretty shocked by all the fans that came out to greet us and say hi".

The actor is also looking forward to volunteering again this spring 2018 in the Relay for Life Charity event that benefits pediatric cancer patients in Los Angeles. "Volunteering for charitable events is something my mom taught me and I feel like its my social responsibility to use whatever time I have in the spotlight to try and help others".

The actor is eagerly looking forward to the opportunities coming his way in 2018.

About John Nicholson
John Nicholson the actor is a native of New York City. His personal quote is " You might not know me now, but a little bit of time is going to change all that". What's not well known about John, is that prior to moving to Los Angeles to pursue acting full time, John spent over 14 years as a senior retail security executive. Having worked for companies such as Bloomingdales, TJ MAXX and Circuit City. In 2003 while living in Atlanta, John went on an audition on a dare from a friend. When he landed the lead role in the play, John found himself fully bitten by the acting bug.

In 2006 at the urging of his mother, John quit his job and moved to Los Angeles to pursue his dream of acting. John began studying with famed method acting teacher Eric Morris. John and Eric developed a close bond, and John continued to study with Eric for 7 years. While not as popular as it once was, and often misunderstood, John found himself drawn to method acting's realism and use of personal experiences to fulfill character obligations.

Sadly in 2009 John's mother passed away after a brief battle with cancer. After his mother's death, John went through a period of deep soul searching, and seriously considered quitting acting a few times. John ultimately decided he could best honor his mother by continuing to follow his dream of acting.

John has appeared in various roles on shows like the daytime soap drama's All My Children and General Hospital, as well as lead roles in independent films the Lookout and No Need to Take Me Home. In 2016, John landed his first network television series lead role, playing legendary homicide detective Rod Demery in the critically acclaimed television series Murder Chose Me. Murder chose me was a surprise TV hit and has been renewed for season 2, which begins shooting in August 2017.

Season 2 of Murder Chose Me will premiere in April 2018. John Nicholson the actor also signed with renowned Los Angeles and NYC talent agency 90210 Talent. His agent is Theo Caesar, head partner at the agency. So also recently signed with well known talent manager Eileen O' Farrell, with key members is place John is looking forward to an exciting 2018.

For information you can contact celebrity updates at Celebrityupdates2016@gmail.com. 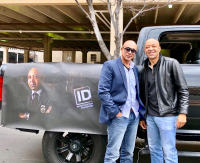 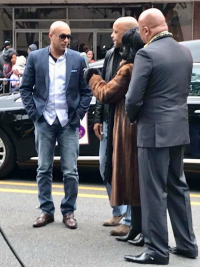