Video for Battle is Spiritual Raises awareness of opioid crisis in the US while highlighting everyday spiritual battles.

Naples, FL -- (ReleaseWire) -- 04/16/2019 --Independent singer-songwriter Joyce Im Bartholomew is set to release her third album, "The Unveiling," and an accompanying video for the album's debut single, "Battle is Spiritual," on May 3, 2019. With the impending release of the "Battle is Spiritual" video, Bartholomew has been invited to participate in four music and video festivals: LA Music Video Awards, Christian Family Film Festival, Silver Screen for Short Films and the International Christian Film & Music Festival.

While Bartholomew's past albums and her musical style have been dubbed by critics and listeners alike as bright and uplifting, her third studio album will take a darker and heavier tone to reflect the gravity of the reality of the subjects explored on the album.

Bartholomew is a critically acclaimed sing and songwriter within the Christian community. Her past and forthcoming musical achievements reflect topics and themes the community and others will appreciate. "The Unveiling "will strike a familiar chord with listeners, as Bartholomew translates the spiritual battles people fight daily into music. These themes are echoed in the accompanying music video for the song "Battle is Spiritual" but are shown through the lens of drug addiction. Through her music and video, Bartholomew intended to reflect the harsh realities of the opioid addiction plaguing the country.

"The story of the Prodigal Son is intriguing to me, and I wanted to utilize that story in an artistic way in the video for 'Battle is Spiritual,'" said Bartholomew. "I decided to use the lens of drug addiction since it's so very prevalent in our country right now. It serves as a metaphor for the spiritual struggles we face daily as Christians. The devil wants to ruin us daily, but we must turn our attention back to God in helping us overcome our addictions, trials, and tribulations."

Bartholomew sees "Battle is Spiritual" and its accompanying video as a way to call attention to the opioid epidemic in our country while also thanking the first responders who work hard to save so many lives affected by it. Additionally, she views the song and video as a call to churches to take action in getting involved with or starting drug rehab programs to help spread the love of Jesus Christ, which she sees as integral in helping addicts heal and recover.

"The Unveiling" album comprises of eleven music tracks touching with a message of hope on various social awareness issues such as bullying, broken family, and living in deception. For instance, the track "Fast Life" speaks to the self-seeking man who lives in lust, pride, and greed destroying relationships. This track is accompanied by a lyrics music video featuring the performance of Mia Christinis, a London born actress and graduate of the NY Academy Company at The American Academy of Dramatic Arts.

"The Unveiling" and the video for "Battle is Spiritual" will be available on May 3 and can be found on Bartholomew's website, YouTube, Spotify, iTunes, Google Play and Amazon.

About Joyce Im Bartholomew
Joyce Im Bartholomew is a worshipper of Jesus and a wife, mother, singer, songwriter, and spokesperson for the pre-born. Her recent music video for "Please Forgive Me" won the Christian Broadcasting Network's Platinum Award for Best Music Video Director and Honorable Mention Award for Best Music Video Production. Albums released prior to "The Unveiling" include "What Was Your Name" and "Songs from the Deep". Bartholomew's music can be found on her website, YouTube, Spotify, iTunes, Google Play and Amazon. To learn more about Joyce Im Bartholomew, visit https://www.joyceimbartholomew.com/. 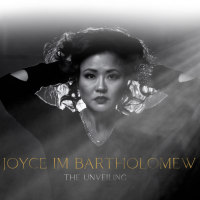 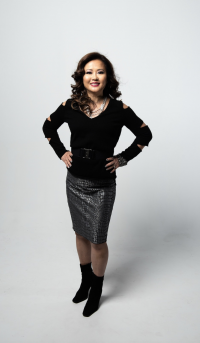