Just in Time for the Holidays "New Shoes for Elizabeth" and "A MouseKeeper Christmas: The Beginning"

West Bloomfield, MI -- (ReleaseWire) -- 11/08/2016 --"A MouseKeeper Christmas: The Beginning," introduces a new game of hide and seek to play with your kids from Thanksgiving until Christmas. It is the start of a new Christmas tradition to help entertain playful and adorable mice. "A MouseKeeper Christmas: The Beginning." is about a six year old first grader, Sara, who solves Santa's toy production problems and saves Christmas. A little known fact of Santa's North Pole world is that the elves have pet mice that are supposed to test the toys but end up destroying way too many. This is a crucial bit of data for this story about a six year old heroine, Sara, who solved Santa's toy production problems and saved Christmas. The pet mice were originally supposed to test the toys but now end up destroying way too many. And the Naughty Lists are drying up. Santa has a problem. The North Pole toy factory just can't produce enough toys unless something changes. Santa sends out a contest looking for solutions and Sara's idea wins. Now they struggle to implement the solution. How does Sara solve Santa's problems? With Data. The book demonstrates how data can be used to solve a problem. This book also teaches children how to be MouseKeepers of North Pole mice and provides a fun game to entertain the young ones between Thanksgiving and Christmas. Merry Christmas to all and to all a Mouse Night.

- Prior to Thanksgiving Eve: Make sure that the children will each have a stuffed mouse ready to arrive on Thanksgiving morn.

- Help the children remember to play hide and seek with their mouse many times a day.

- Help the children remember to take their mouse to bed with them.

- Help the mice remember to get up in the middle of the night to feed. Who knows where the children will discover them in the morning. Usually they'll hide in the fridge or a cookie jar but sometimes they get sneaky with their hiding places.

- Help the mice and their MouseKeepers dress in matching scarves and mittens and hats. They both love that.

A free companion coloring book is available on the author's website along with exciting parenting ideas to entertain kids between Thanksgiving and Christmas.

Author Jenny Deason Copeland has also written another novel in time for the holidays, "New Shoes for Elizabeth". Inspired by true events, this tween age chapter book is a fictional account of a Depression era Christmas. The thirteen year old heroine and her five brothers were enjoying all the fun of life on the farm when their father lost part of his hand in a farming accident. Learn how Elizabeth helps turn what should have been a present-less Christmas into the most memorable one she would ever have. The book illustrates the way of life before the age of TV and the Internet. It was a time when catching frogs and making forts in the barn's hay loft were the best entertainments around. They also played jump rope with their pet lamb. It is a heart-warming holiday story about another time and about how life was lived on a share cropping farm in the Midwest during the worst economic downturn the world's economy has known. Survival wasn't a guarantee at all. But this family made it through together and had a very Merry Christmas after all.

A Christmas story set in Depression Era 1939 which was inspired by a true events. Thirteen year old Elizabeth knew her parents were worried about money, but even through the papers said it was the worst depression they'd seen, she didn't mind. Too little money and too little food wasn't enough to keep them down...until her father lost part of his hand in a farming accident.

Elizabeth knew her parents were worried about money, but even through the papers said it was the worst depression they'd seen, she didn't mind. Too little money and too little food wasn't enough to keep them down...until her father lost part of his hand to a piece of farm equipment. For the first time, Elizabeth and her family had to turn to charity for food and basic necessities. When her grandparents came to America, they had said anyone who worked hard could make it here, but that was starting to look doubtful in the face of the Great Depression and personal misfortunes. Inspired by true Depression era events, a thirteen year old girl manages to take on the town authorities and give her five brothers their best Christmas ever. There are humorous and heartfelt moments throughout. Find out how she managed to make it the best Christmas ever for herself and her five brothers even though she was penniless. Wishes do come true. Merry Christmas!

About Jeanette Deason
Jeanette Christine Deason born in Tiffin, Ohio as the second eldest to a family of four girls, Jenny graduated from Toledo University, with honors and began a now 38 year career in telecommunications. She is an author, historian, and owner of Crazy Red Head Publishing. Jenny has published two children's' books, "New Shoes for Elizabeth" and "A MouseKeeper Christmas: The Beginning." This fall she released, "Tiananmen West: Why Nixon Ordered the Kent State Massacre," detailing her theory that Nixon was in direct control of the event. 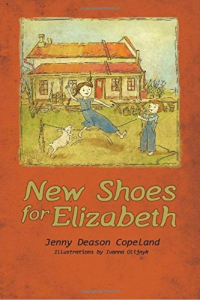 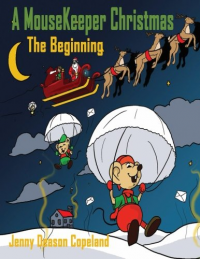