Justice for Vets: Playing with Heroes for Fun or Profit

Washington, DC -- (ReleaseWire) -- 03/01/2016 --At some point, you stand there shaking your head: When reality collides with fiction and there arises no seeming distinction between the two, the perversion multiplies exponentially. In the final summation, can we tell the difference any longer?

In 2009, a young Scout Sniper, Sgt. Cory Griffin was well into his first combat tour in Iraq. Day by day, his unit saddled up and did what soldiers have done time out of mind, fight. He watched people die. He was present in Sadr City when US Forces endured grueling combat. He watched many of die, friendly forces and enemy alike, civilians and combatants. Like any young soldier in a combat zone he prayed he survive. His most vivid memory, the one that haunts him most, occurred while his convoy was halted: a father and his young son were standing close to his vehicle when an EFP exploded, tearing both apart. Every soldier relates that one indelible incident that lingers forever in the mind: This became Sgt. Griffin's "one thing". In the wake of the blast, Sgt. Griffin had to dismount and provide perimeter security until EOD arrived. The mother and wife of a slain son and husband arrived on the scene and fell upon the bodies of her loved ones, flailing around and wailing for what seemed an eternity to the young soldier. He will hear that woman's screams and see that scene for the rest of his days. The essence of such a thing is that it is impossible to impart what it means to anyone who hasn't experienced the profanity of combat.

Sergeant Griffin joined the United States Army at age 18. He had married his Jr. High Sweetheart at a young age. They gave birth to a child and the child died at four month--he had left High School to take care of his young family, but returned and finished school prior to enlisting. This early tragedy did not deter Cory from pushing ahead...soldiers do that, soldiers endure. Soldiers are resilient.

Cory served twelve months in Iraq with the United States Army. As with so many soldiers who have served during the long course of the Global War on Terror (GWOT), he redeployed to Afghanistan for nine months. More death, more internal scars. He deployed one more time, to Qatar--this last deployment lasted nine months. The impacts are cumulative and along the way it's easy to get lost in it all, to lose one's self. Sometimes, soldiers are perhaps not aware of the change that has occurred in them. Cory drank. Those around him saw a change. Something ineffable was missing. He wasn't the same anymore. It's a story we hear all the time. Young men and women that see the things Cory saw are altered. We know this. We do. We "support the troops" and "honor our warriors" right up till that moment when it really matters, then we jettison them as quickly as possible.

Diagnosed with combat-related Post-Traumatic Stress Disorder (PTSD) and a Traumatic Brain Injury (TBI) Cory struggled. One night at his residence near Ft. Carson he, his wife and another soldier with his girlfriend were drinking and watching Television. A bit of attempted relaxation. Cory went upstairs. When he didn't return for a time, his wife went up to check on him. She found her 27 year old husband in the midst of a full-blown flashback--back in Iraq he had his pistol drawn, struggling to discern an enemy that may or may not have been there. It's a familiar story. We know this happens, we know it. His buddy ascended the staircase behind his girlfriend attempting to assist his friend. They froze on the stairs when they saw the weapon and the look Cory had--they recognized what was going on. One soldier seeing another soldier with that "look". Everyone froze and tried to talk him down. Cory saw movement and fired his weapon, shooting his friend in the hand.

The police arrived. By accounts of all present, it was clear what had transpired. Another young soldier who was some place else for a time. Funny how such things happen, isn't it? We send young men and women off to do and see grotesque and horrible things and it changes them in ways that cannot be amended or altered. Funny how that happens.

Reasonable people understand these things. We all should by now, shouldn't we? The Commanding General of Ft. Carson after looking at his service record and the incident understood. More than one mental health professional understood and understands, we know that because they rendered their diagnoses and their professional evaluations of the Sergeant's condition. The right thing to do would be to divert this young man to treatment and away from jail. The right thing to do would be to recognize that happened in this incident. The right thing to do would be to get this young man the help he needs. if we did these things that would be honoring his service and recognizing that while this incident did result in bodily harm to another soldier nothing is to be gained by depriving a wife of her husband, a community of a veteran it should honor and a recognition that young men who do and see what Cory did are wounded and they need our help, not our scorn.

But that is not what we are doing. Enter the local DA: In spite of the recommendation of the Commanding General that leniency be granted in the case, in spite of the diagnoses and evaluations of this young soldier, in spite of the recognition by many that this incident, while a tragedy, came as a result of a young man haunted by the memories of his combat service and not as the manifestation of an explicit criminal intent. In spite of this, the local prosecutor, thumping his "tough on crime" chest is asking for 40 years. Let's call it what it is: horse-trading for political gain and categorical imperatives as dictated by statutory provisions around conviction rates. This ain't justice, its politics. The Prosecutor in this case does what prosecutors do: he pitches a 40 year sentence for attempted murder knowing full-well that ain't what happened. He will settle for five years, however....and justice be done.

After years in combat, this young man at the age of 27 will have his life ruined. Not only his life, but the lives of his family as well. Anyone who knows anything at all about our justice system knows that such sentence can never be overcome. He will never get a decent job, experience the collateral consequences of his conviction for the rest of his life. Instead of treatment, a cell...more lives ruined. Fiscally stupid, morally questionable and thanks for coming out! Robert Alvarez and Georg Andreas Pogany from the Uniformed Services Justice & Advocacy Group (USJAG) are fighting to keep this soldier out of jail and to prevent him from being stripped of his access to healthcare and compensation for himself and his family:

You know the Veterans in Justice movement, the veterans courts and all that: Ain't it all just grand? Great for many members of the Bench, for a wide slate of politicians. Splendid for a bevy of attorneys and the denizens of a bunch of Federal and State employees. How many of them, however, served in the military? Of those who served in the military how many ever did a day in jail? The veterans-justice movement is wonderful...unless, of course, you are a veteran or soldier in the justice system: If you're an actor or a Non-Profit director or a VA researcher it's a great business...if you're a veteran in the justice system, not so much.

This Friday Sergeant Cory Griffin will join hundreds of thousands of other combat veterans who have come home to jail and prison. He will stand in the docket and take the plea bargain for five or else...and the beneficiaries at the trough of veterans justice will utter not a word. Thank you for your service, Sergeant, but you didn't actually expect us to risk anything on your behalf now, did you?

About USJAG
The Uniformed Services Justice & Advocacy Group's (USJAG) mission is to keep the promise made by political and military leaders to our nation's warriors. We hold accountable those who have a duty and responsibility to live up to and honor the sacred promise to all members of the United States Armed Forces, its veterans and their families, " …to bind up the nation's wounds, to care for him who shall have borne the battle…" by advocating on behalf of those who have honorably served this nation while providing them with comprehensive legal, forensic and investigative services in any and all administrative and judicial proceedings; to defend and protect their service connected benefits as well as preserve the continuity and delivery of proper and appropriate healthcare; to educate the public on all issues, needs and concerns facing this nation's warriors; and to give them back to their communities and families with the dignity, honor and support they deserve. The Uniformed Services Justice & Advocacy Group (USJAG) is a nonpartisan non-profit legal services corporation. 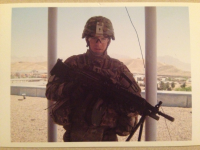 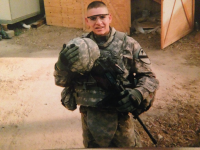 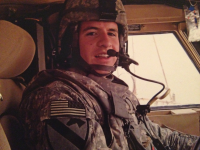