Sydney, Australia -- (ReleaseWire) -- 11/15/2016 --According to Australia's largest collection of industry-based research, IBISWorld, the cake making industry produces around one billion AUD in revenue every year.* Within this industry an interesting phenomenon is taking place as the proportion of those billion dollars shifts from mass-production manufacturers to small bakers. A few established bakers such as viral baker Katherine Sabbath have benefitted from this shift, and budding bakers have been given the push they need to try their hand at artisan cake baking. To help these up-and-coming bakers along they way is Katherine Sabbath's cookbook: Katherine Sabbath - Greatest Hits - The Pop Edition. The book features all of Katherine's greatest cakes and recipes to match, enabling bakers everywhere to test out some of her iconic creations.

All of these creations as well as everything Katherine does has a bit of quirky art to it, and her cookbook is no exception. In this vein, the Greatest Hits Pop Edition features aspects of paper engineering to give the cookbook ten stunning pop-up models of the recipes readers will be concocting. These models serve to entertain readers of all ages and provide a realistic model to follow while baking. And let's face it, the works of Katherine Sabbath are not truly done justice by a two-dimensional print.

Aside from the pop ups that augment the book stands a variety of other types of content packed into the book. Within the eighty pages of Katherine Sabbath - Greatest Hits - The Pop Edition are forty recipes each with their own background stories and recipe cards. The background stories server to give the reader some of the inspiration and challenges that lead up to the creation of each work. The recipe cards serve a more physical purpose. Each recipe card can be removed from the book to conveniently carry around the kitchen during the cooking process. The removable nature of the cards also serves to prevent damage to the book during the messy and adventurous process of cooking. Unfortunately, a project of this scope requires capital to produce, so Katherine launched a crowdfunding campaign on Kickstarter where visitors can pre-order a copy. The Kickstarter has received massive success, gaining nearly fifty thousand AUD in just two days from over four hundred backers. With the help of readers Katherine Sabbath - Greatest Hits - The Pop Edition can reach and even exceed its fundraising goal, enabling the book to be distributed world-wide.

About Katherine Sabbath
Katherine Sabbath envisaged the idea of this cookbook back in 2013 when she was just starting out as a cake-making hobbyist. By day she worked as a high school History and Geography teacher, by night she tinkered in the kitchen. Since then she has moved to cake making full time and has achieved a level of fame, gaining over three hundred thousand followers on instagram thanks to her impressive and artsy baking style. 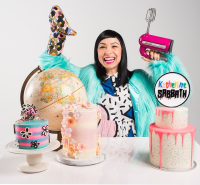 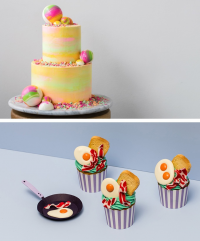 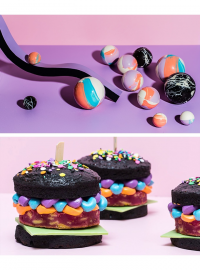 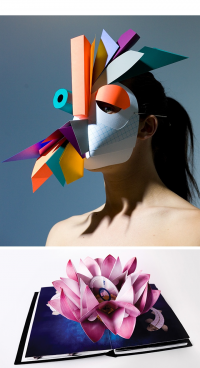