Berkeley, CA -- (ReleaseWire) -- 05/16/2014 --Sunday, May 18, George Beier a 30-year Berkeley resident kicks off his campaign for District 8 City Council. The hour-long event at Mrs. Dalloway’s Books is open to people who live, work and care about District 8 and the city of Berkeley.

The Elmwood kick-off event is an opportunity for residents to meet George Beier and learn what he cares about and what he will advocate for as a Berkeley City Councilmember.

As a Cal student both undergrad and MBA, entrepreneur and longtime community activist, George has an in-depth knowledge of Berkeley’s people, issues and opportunities. He believes that a balanced development plan can enrich residents’ quality of life and enhance the business community.

“I am running because I believe passionately in public service: helping people, solving problems, and using my talents to improve our community and world. I've lived in the south campus neighborhood for 30 years. I love this community and would be thrilled to represent District 8 as a councilmember.”

Having served on 12 civic commissions George has earned the respect of his colleagues, "I admire and value George Beier's passion and commitment to our community. He sees the possibilities, understands the realities and finds a way to balance the two. These are great assets in a councilmember." Michele Lawrence, Former Superintendent, Berkeley Unified School District.

Get to know George Beier, Sunday, May 18, 6:30-7:30pm at Mrs. Dalloway’s Books, 2904 College Avenue, Berkeley. Join the conversation, the campaign and a community that cares; express District 8 ideas and concerns. 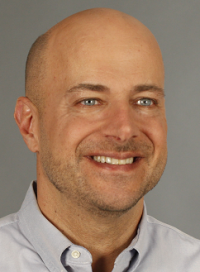