Canton, MI -- (ReleaseWire) -- 11/29/2016 --Designer Jake Minor has launched a fully customizable action figure on Kickstarter that is completely different to similar toys or products. UMakeIt! Character Creator is made from durable, lightweight, white ABS plastic and is a blank canvas for anyone over eight to create their very own unique character. Consumers can add as much detail as they like to achieve a high-quality action figure using paints, alcohol and oil-based markers, and once dry, the color cannot be rubbed away.

The five-inch character has interchangeable head, arms, hands and legs, and additional torsos and booster packs can be selected to create additional figures. Users can be as creative as they like, designing anything from a superhero to a sci-fi robot to a medieval knight in shining armor. Children and adults alike will enjoy flexing their creative muscles to achieve a character from the depths of their imagination, and when it is finished, using it for imaginative play, ornamentation, home video-making, or to start a collection or hobby.

More than just an action figure or a craft, UMakeIt!'s designers say the character is a doorway to unlimited fun and a potential game-changer for the toy and craft industry. It will develop skills in planning, concentration, fine motor skills, and is good for self-esteem by teaching a person to master new techniques and mediums.

Available at an extremely affordable price, UMakeIt! is created in three easy steps. First, the user assembles the character with their choice of head, arms and legs; next, they draw and color to develop their character; finally, when the ink is dry, finish the character off with stickers. A limited amount of early bird offers are available at just $20.

"There is no right or wrong way to assemble your character," said Minor. "And the best thing about UMakeIt! is that it is suitable for all skill levels and those wanting to explore and experiment with different designs and mediums."

Initially, UMakeIt! Character Creator will come with a black permanent marker pen, but if enough orders are placed, each kit will feature a different color marker. Collectors can then obtain enough kits to have an array of colored markers.

The creators of UMakeIt! have set a goal of $46K on Kickstarter to take their prototype to production; this will involve building the components to manufacture the figure, refining designs and tooling, and quality inspection and testing. The core figure meets all U.S and European safety standards.

If a goal of $94K is achieved, booster kits will be available centred around themes such as superheroes, sci-fi, or modern soldiers. Users can expect to find items such as weapons, helmets, shields, beards, loin cloths, or a mohawk and plumes in selected booster kits. If $120K is reached, a female figure will be launched. UMakeIt! will also be offering commissioned sketch cards, drawings and figures which will be created by professional illustrators. The buyer decides the character they would like the artist to create.

About UMakeIt!
The team at UMakeIT! has over 30-years of combined experience developing consumer goods and 15 years of designing toys and kid's crafts. They design toys that encourage creativity, self-expression and individuality and have developed over 200 different products for major licensed brands and retail chains. 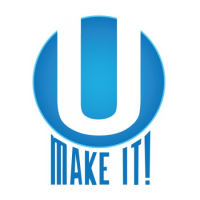 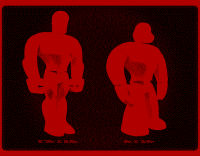 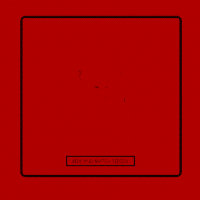