Children Newscasters Ages 6 and Up Teach Kids about the Taliban, Gay Rights.

Houston, TX -- (ReleaseWire) -- 09/28/2021 --Annabel, a middle school student in the State of Washington just launched a news show for kids called 'Extinction Status.' Annabel wants "to change the world by spreading awareness of endangered species." Ryan, a teen in New Hampshire and the Founding Artistic Director of The Fletcher Family Theatre, is launching a show called Gen Z on Gen Z. In his words: 'Gen Z on Gen Z is an interactive, biweekly news show for middle and high schoolers focusing on current events that relate to the future of Gen Z.' His first episode tackles the age-old issue of school dress codes.

Annabel and Ryan are just two of about ten children who take the news seriously and are reaching out to their peers and beyond through a new season of LittleNewsEars.com, a streaming news for kids platform, to provoke change. Noopur, a middle school student in California, is soon launching a show about politics and the arts that she calls 'Numtium.' Each episode will feature an original song that teaches kids about current events; her first episode will put a spotlight onto The Taliban. Addelyn, a middle school student in Australia who describes herself as 'passionate about politics and hopes to make a difference,' has just launched a show that teaches kids what LGBTQ stands for and why it is wrong to discriminate against this community. Taylor, based in the UK, warns about the effects of climate change and will teach kids in October about the situation in Afghanistan. She writes, "I believe that Taylor's News, Facts, and Fun can help young learners because it teaches them real world things that are important to learn about. Taking young learners and creating them into young leaders!"

The vision of these children to change the world matches that of Dan Buck, curator of the news for kids on this website and assistant principal by day in Houston. Buck wants to bring what he calls 'kid journalism' back into schools. "In the 1970s and 1980s schools used to actively teach current events--I remember vividly learning about the Challenger disaster as it happened as a ten year-old. I've been in education as a teacher and school leader for almost twenty years and almost nobody--Robert Pondiscio is the only one I know of--cares about teaching kids about current events in a real way. The Newseum in DC is dead. Elizabeth Holmes is on trial for lying and five year-olds aren't learning about it in schools. What's more important than teaching kids the value of telling the truth?"

Not all the kids (or adult newscasters on the site) have political or paradigm-shifting topics. Jordyn, a 9 year-old in Chicago, has just launched a show for kids about fashion news. She hopes to teach kids the wonders of chokers in her first episode. Zoe, a young teen in Australia, teaches kids about 'what is hot and what is not' (Squishmallows: hot, unicorn onesies: not). Addie, a 6 year-old in Florida, gushes about sea turtles while emphasizing how important it is for kids to stay happy and feel good about themselves.

All of these children, of course, couldn't do what they do without the help of a trusted adult. But the whole group is united in the belief that you can never be too young to make a difference. Ryan says, 'My aim is to engage a young audience in topics that are going to affect their futures: the economy, the government, the environment, [and] human rights. We need a large and diverse group of powerful young voices to get involved so that we can create change in the future."

It might be working. A reporter from The Daily Beast has just reached out to LittleNewsEars.com to mentor one of the young journalists. 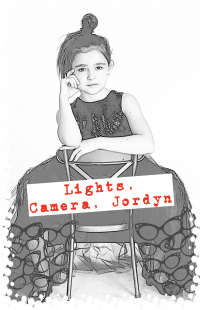 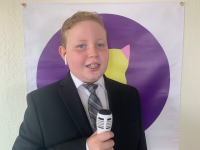 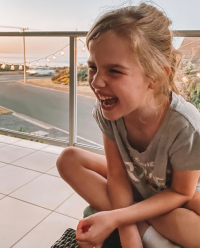