Why are entrepreneur billionaires good for society?
Why is Socialism immoral and destructive for society?

While American students are indoctrinated towards Socialism, young people in Africa are learning the value of entrepreneurship and free-enterprise. This contest was part of an effort to create global awareness of the morality of Capitalism and the evils of Socialism.

As one student said, "entrepreneur billionaires can do so much more for the economic growth of the country than government, and should be supported in every way possible."

And another said, "Socialists are destructive and immoral to the society because they solely control the economy. In a Socialist driven economy, the government determines the level of things exchanged and distributed. They also determine the rise and fall of any man in the society since the citizens are being controlled and do not have a choice."

About Michael Malgeri
Michael Malgeri is the creator of the "Johnny Profit" series of children's books, which teaches young people about Capitalism. His books have been endorsed by Larry Kudlow, President Trump's "Director for the National Economic Council," Steve Forbes of "Forbes Magazine," and Joseph Bast of the "Heartland Institute." In anticipation of a coming Socialist insurgence, which manifested itself as the "Occupy Movement" and the "Green New Deal," Michael authored H.R.422, a Congressional Resolution that creates awareness of the superiority of Capitalism as an economic model. Visit his website at http://www.Kids4biz.com and read the 2-page resolution here. 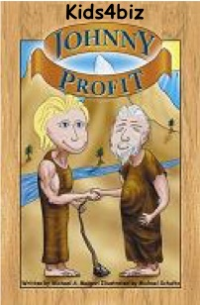