Live on Kickstarter, KordBot is an entry level user’s dream to breaking into music

West Palm Beach, FL -- (ReleaseWire) -- 02/25/2016 --KordBot, the revolutionary all-in-one MIDI Chord Controller, Apreggiator, and Step Sequencer, is live on Kickstarter having already raised over $85k and blowing past their fundraising goal within 5 days of launch.

KordBot is a music production assistant that combines a MIDI chord generator, arpeggiator and step sequencer in a single unit. It was developed in order to fill a gap in music hardware offerings.

"I've been making music for almost 20 years and I'm reasonable at playing the piano, but have never known much in the way of musical theory," says founder and CEO Brad Holland, "Because of this, I find it hard to come up with new chord progressions during the writing process. I often find myself stuck playing in the same key or repeatedly using the same basic chord shapes that I'm comfortable with."

KordBot features include a step sequencer, MIDI in and out, MIDI sync and an advanced arpeggiation unit, among others. In addition to the large number of chords available, users can create and use their own chords, saving them in the KordBot's memory. The system also intuitively allows users to strum chords using its built in ribbon sensor.

The unit is designed to be compatible with MIDI software and can talk over MIDI, USB and Bluetooth connections meaning users can use any laptop, tablet, or smartphone to begin creating music with KordBot. In addition, the product boasts an innovative feature dubbed 'Song Builder.' After the user presses a chord button, the system lights up the chords that will go well with the last chord played to help keep the song flowing.

At its core, KordBot is an entry level user's dream to breaking into music. The KordBot is billed as a musical assistant for creating songs, as well as an educational system to help anyone learn more about music theory. The system has pre­programmed chords the user can play, but also provides guidance on how to play them via its unique, lighted keyboard.

The KordBot MIDI Controller has already sold out of its Early Bird Offerings on Kickstarter and has introduced stretch goals to fulfill the incredible demand for the product.

KordBot is now live and available to support on Kickstarter here: http://kck.st/1oCPGyO

About ISLA Instruments
Work started on KordBot in late 2014, when Brad Holland started building prototype ideas to output preset chords over the MIDI protocol and his imagination quickly ran away with him. After teaming up with Bill Behrendt, who carried experience in both coding and music, work on the prototype for KordBot was able to ramp up and the resulting company was ISLA Instruments. The company's first product, KordBot, is currently raising funds on global crowdfunding platform Kickstarter. 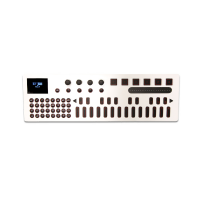 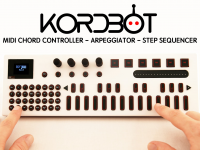