Abilene, TX -- (ReleaseWire) -- 03/09/2021 --Call it the 20/30 quotient. To give fans two ends of the modern musical spectrum, Krayolaklick has released 20 EDM tracks and 30 Lo-Fi tracks across multiple streaming platforms. A U.S. Army Veteran turned music artist, he first released his unique take on Electronic Dance Music (EDM) on the album entitled Krayolakidz Volume 1. Multi-faceted, Krayolaklick then took his talents to soothing notes. With a hypnotic edge, he has also released a lounge music album with 30 Lo-Fi tracks under the Krayolaklick name alone. Available now, the artist says he wants his listeners to have the luxury of calm relaxing music; and when it's time to get the party started, there's EDM to bring down the house.

Krayolaklick said of the music he creates, "I want to create a different sound. Creatively I want to spark a sound that's new and exciting. That's why I'm here sharing what I have musically. I would also love to collaborate with people who know how to create the change that I feel is so necessary for music today."

With a dream of creating music that people can create a mood, find a mood, or be in the mood, Krayolaklick has set a new bar for himself. Inspired by renowned EDM and Lo-Fi artists' work, his main goal today is to get a song that generates 100,000 streams.

He adds, "There's a trophy with my name on it out there. It's going to celebrate my songs hitting one million streams before my life is complete. There's no question in my mind. Until that time, I'm going to keep producing tunes that inspire people to live the best life possible with the help of my music."

About Krayolaklick
Krayolaklick, A.K.A. Lorenzo, is a music artist based in Abilene, Texas. The artist graduated from the LA Film School for Music Production. 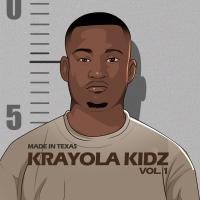 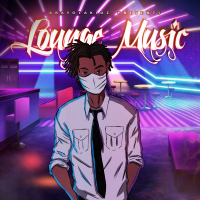