Overland Park, KS -- (ReleaseWire) -- 09/10/2018 --The Kansas Bankers Association (KBA) is pleased to announce that Kurt Knutson, Founder, Chairman and CEO of Freedom Bank, Overland Park, has been inducted as Chairman-elect. He was elected by his peers in July and inducted to Chairman-elect at the KBA Annual Meeting at the Broadmoor Hotel in Colorado Springs on August 4, 2018.

Kurt is a commercial banker with 35 years of banking experience. In 2006, he led a group of local business leaders to form Freedom Bank, which serves privately held companies throughout the greater Kansas City metropolitan area as well as the southern Johnson County residential community. Knutson was appointed by Governor Brownback to the Kansas State Banking Board in 2011, re-appointed in 2013 and re-appointed again in 2017 for a term expiring March 2019. He served as Chairman of the State Banking Board from 2013-2016. In 2013 Knutson was elected by his peers to serve on the KBA board where he served through 2016. He was Chairman of the State Affairs Committee until his term expired in July of 2018. He is also a member of the KBA Federal Affairs Committee. Outside of banking, Knutson serves on the Board of Clements Worldwide based in Washington, D.C. Clements is a leading provider of insurance solutions for expatriates and international organizations. He is actively involved in the southern Johnson County community and resides in Overland Park.

About The Kansas Bankers Association
The Kansas Bankers Association organized in 1887 and was one of the five state bank associations in the country. Throughout the Association's 131-year history, thousands of Kansas bankers have given unselfishly of their time and talents to maintain the viability of the banking industry in Kansas. The Kansas banking industry employs 14,701 throughout the state, serves 3.5 million customers with $73.3 billion in deposits and $2.8 billion in loans. Kansas bankers provide approximately 70,922 hours of volunteer time in their communities annually.

For more information regarding the KBA Board of Directors contact VP of Communications & Marketing, Mary Taylor at 785-232-3444 or at mtaylor@ksbanker.com.

The mission statement of the Kansas Bankers Association is to support and assist Kansas banks and Kansas bankers. 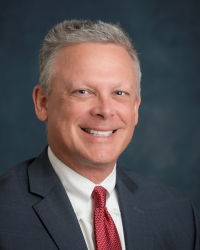