Tarzana, CA -- (ReleaseWire) -- 04/22/2014 --Flawless Production Inc. is currently running a campaign on the popular crowd funding site IndieGOGO to fund the production of their feature film 'Armenia; My Country, My Mother , My Love". Backers will receive a number of rewards depending on their contribution; including limited edition DVDs, exclusive screenings, tickets to the LA premiere and even Producer credits.

Backers pledging anywhere from $1 to $5000 will receive a number of rewards, including DVD's, t shirts, exclusive screenings, tickets to the LA premiere and even Producer credits.

"My Armenian people, this is OUR CAUSE! We have been marching and yelling for decades to have our voices be heard. Help us make this movie so that we can let the world feel the pain we have endured for the past century! We need everyone's participation Armenian or not, please help us promote and make this film so that the world can remember the senseless tragedies of 1915".

About Flawless Production Inc
Flawless Production Inc. is a film production company based in Los Angeles, California. The company has recently produced a feature film called The Impaler that has received the Best Director award from the Academy Accredited SunScreen film festival. The company is currently in production with "The Second Coming of Christ", an apocalyptic film scheduled to be released on December 2015. 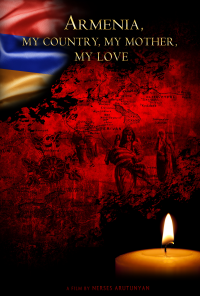