North Dighton, MA -- (ReleaseWire) -- 06/28/2022 --The Inmate Shopper (https://www.freebirdpublishers.com/product-page/inmate-shopper-annual-2020-21) is the largest prisoner resource book on the market. It is an In-print publication that offers inmates a safer way to shop and access business information all in one place. Freebird Publishers have researched all the businesses listed in Inmate Shopper to keep them updated on every issue. Inmate Shopper informs its readers about established and newer companies and offers information on pen pal services, scams, opportunities, and places to sell their writing, arts, and crafts.

The Inmate Shopper and Freebird Publishers have launched the careers of published authors like Kelly Patrick Riggs, Paul J. R. Dawson, Raymond E. Lumsden, and many others. The opportunities that these writers have taken advantage of setting them apart from other inmates, who failed to make ends meet while they were in prison. With the discovery, they made with the Inmate Shopper, they freed their friends and family from having to support them while they were in prison.

Earning money is just as important for an inmate in prison as it is for someone in the free world. In addition to "three hots and a cot," the state and federal prisons provide an inmate with an absolute minimum number of supplies – a few items of clothing, a sheet and towel, and hygiene items. Other than that, an inmate must rely on their own income to get the items they need to survive.

Prison jobs pay pennies an hour, so most inmates rely on family and friends on the outside to send them money. If an inmate doesn't have anyone to help, they must rely on their own smarts, talent, and strengths to hustle for their survival.

The Inmate Shopper, among its many attributes, is a long listing of ways for a prisoner to turn their personal talents into a way to earn a living while in prison. Author Kelly Patrick Riggs, even after his release from prison, still focuses mainly on writing more books for Freebird Publishers. Still, now that he is essentially retired, he still looks back to the Inmate Shopper as the basic trigger to his most significant life's success.

For more information on life-changing opportunities for those inside and outside of prison, preview a copy of the Inmate Shopper on www.Freebirdpublishers.com

About Freebird Publishers
Freebird Publishers (https://www.freebirdpublishers.com) is headquartered in North Dighton, Massachusetts (MA). They serve the entire United States and international locations. They have earned the confidence of prisoners and their families nationwide by being a leader in the business of providing necessary information and specialized publishing services to inmates and their loved ones since 2013. Freebird Publishers provides a full listing of the hundreds of services available to prisoners in their detailed publication, the "Inmate Shopper". For more information about the "Inmate Shopper" and the tools, it provides that an inmate can use to make their incarceration productive visit: https://www.freebirdpublisher.com or send a direct email to: Diane@freebirdpublishers.com, also accessible to inmates using prisoner email systems. 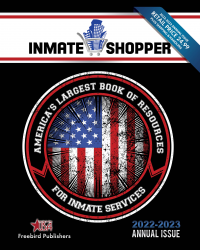 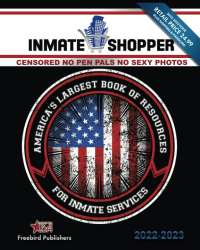