Las Vegas Homes for Sale Shrinking in Inventory as Real Estate Investing Dominates the #1 Market in America According to LasVegasRealEstate.org

Las Vegas, NV -- (ReleaseWire) -- 06/04/2013 --Las Vegas foreclosures and other formerly distressed properties to include Las Vegas condos for sale are starting to dwindle. According to CNBC that number has dropped as much as 29% in early 2013compared to the year prior. According to Clark County records over 50% of real estate in Las Vegas is being sold to all-cash buyers and investors. 1 out of 10 sales are foreign investors looking to cash in on one of the hardest hit markets of the recession. In 2012, CNNMoney, Inman News and MarketWatch all cited Las Vegas properties in “Top 10 Real Estate Investing Opportunities” for real estate investors.

Ashley McCormick of Realty One, the largest Las Vegas real estate agency in Nevada, says a shrinking inventory and slowly increasing prices makes Las Vegas prime for investment, but advisee this buyers market will not last long. The limited inventory and the activities of large investment groups have created stronger competition for distressed properties, and this is only going to get worse over the next few months. McCormick is advising buyers to be prepared to purchase while the price-to-rent ratio is still favorable and be ready to write offers on multiple properties as some homes have seen as many as 100+ offers in one day.

In the early 2000s, the Las Vegas real estate market was an ideal place for both buyers and sellers. Homes were plentiful and were selling quickly, especially during the peak in 2006. Then, the real estate bubble popped as the recession hit in 2007. Las Vegas new homes were at the front of this crash but today are in demand. Homes fell into foreclosure, and properties sat as the number of qualified buyers dropped. This created a market that was perfect for investors, where properties at bargain prices were abundant and the number of potential renters was high. While McCormick says the prices are not as low as what she considered the investor sweet spot of 2011, she invites buyers to look forward and recent developments.

At the market's lowest point, the vast number of foreclosures in Las Vegas pushed prices nearly 62 percent lower in 2011 than at the peak in 2006. Today, McCormick says that the number of foreclosures is suddenly dropping out do to the AB248 legislation. At the end of 2012, the number of foreclosures was down 73% from the peak in 2009. The National Association of Realtors recently cited homes for sale in Las Vegas as the most searched in America. Every indication is that 2013 is going to follow the trends set in 2012 with a waiting list for Las Vegas new homes for sale. McCormick recommends buying now, while prices are still low, will allow investors to “capitalize on that growth."

About McCormick
McCormick recommends that interested investors take the time to learn the market with the help of an agent who understands price trends. As a member of the state's number one real estate firm, she has developed a reputation for assisting interested buyers and real estate investors to find and negotiate on Las Vegas new homes and foreclosures. McCormick was ranked in the Top 20 out of over thousands of agents in her system and considered an industry leader as a Las Vegas real agent. She has recently set up a toll free number for out-of-state and foreign investors buying site-unseen at 1-888-920-2292 and says potential buyers can search Las Vegas homes for sale online at http://www.LasVegasRealEstate.org 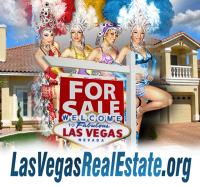