Provincetown, MA -- (ReleaseWire) -- 06/26/2015 --Two Time Tony Nominee and star of Broadway's "Cinderella" Laura Osnes will make her Provincetown debut on Saturday, June 27 and Sunday, June 28 at 7:00 PM as she launches the star-studded 2015 Broadway @ The Art House season, with Sirius XM star Seth Rudetsky as pianist and host. For tickets and information visit www.ptownarthouse.com or call 800-838-3006.

Laura Osnes also starred on Broadway in "Bonnie and Clyde," for which she received her first Tony Award nomination, after creating the role at Asolo Repertory Theatre and La Jolla Playhouse. She appeared as Hope Harcourt in the Tony-winning revival of "Anything Goes," and received Drama Desk, Outer Critics Circle, and Astaire Award nominations, as well appearing as Nellie Forbush in Lincoln Center's production of "South Pacific," and in her Broadway debut as Sandy in the most recent revival of "Grease." She starred in Rodgers & Hammerstein's "Carousel" this spring at the Lyric Opera of Chicago opposite Steven Pasquale under the direction of Rob Ashford.

Other New York credits include her Drama Desk Award-nominated work in "The Threepenny Opera" directed by Martha Clarke at the Atlantic Theater Company; Encores! Productions of: "The Band Wagon," Randy Newman's "Faust," and "Pipe Dream;" and a one-night-only concert of "The Sound of Music" at Carnegie Hall. On television, Ms. Osnes has been seen on the CBS series "Elementary", in the HBO pilot "The Miraculous Year" (written by John Logan and directed by Kathryn Bigelow), "Sondheim: The Birthday Concert" at Avery Fisher Hall, HBO's documentary "Six By Sondheim," and the Kennedy Center Honors salutes to Barbara Cook in 2011 and Dustin Hoffman in 2012. Her many concerts and cabarets include performing with Michael Feinstein, the NY Philharmonic, the NY Pops, and the Pasadena Pops and appearing in such venues as Carnegie Hall, The Cafe Carlyle, 54 Below, NJPAC, Las Vegas Smith Center, and the LA County Arboretum. In addition to being heard on several cast recordings, Laura has two solo albums, Dream A Little Dream: Live at The Café Carlyle and If I Tell You: The Songs of Maury Yeston.

Seth Rudetsky is the afternoon host on Sirius/XM Satellite Radio's ON BROADWAY as well as the host of SETH SPEAKS on Sirius/XM Stars. As a pianist, Seth has played for more than a dozen Broadway shows including Ragtime, Les Miz and "Phantom. He was the Artistic Producer/Music Director for the first five annual Actors Fund Fall Concerts including "Dreamgirls" with Audra McDonald (recorded on Nonesuch Records) and "HAIR" with Jennifer Hudson (recorded on Ghostlight Records, Grammy Nomination). In 2007 he made his Broadway acting debut playing Sheldon (singing "Magic to Do" in a devastating unitard) in "The Ritz" directed by Joe Mantello for The Roundabout Theater. Off-Broadway he wrote and starred in the critically acclaimed "Rhapsody in Seth" (directed by Peter Flynn) at the Actors Playhouse and has also appeared on TV on "Law & Order: CI" and had a recurring role on "All My Children." As an author, he penned the non-fiction Q Guide To Broadway, the novel Broadway Nights and the recently published My Awesome/Awful Popularity Plan (Random House). Broadway Nights is available on Audible.com starring Kristin Chenoweth, Andrea Martin and Jonathan Groff and My Awesome/Awful Popularity Plan stars Jesse Tyler Ferguson, Ana Gasteyer and Megan Hilty. Seth played himself on "Kathy Griffin; My Life on the D-List," was the vocal coach on MTV's "Legally Blonde" reality show and starred opposite Sutton Foster in "They're Playing Our Song" for the Actors Fund. Recently, he co-wrote and starred in the critically acclaimed "Disaster!," a 1970's disaster movie musical which is now slated to transfer to Broadway in 2015. Right now, he tours the country performing with Broadway stars like Patti LuPone, Sutton Foster and Audra McDonald. His newest book, Seth's Broadway Diary, was ranked as a number one bestseller on Amazon.com For more info: http://www.SethTV.com.

About the series
This Broadway @ concert series was inaugurated in 2011 by Producing Artistic Director Mark Cortale @ The Art House in Provincetown featuring Seth Rudetsky as pianist and host. In its fourth season last summer, the series presented Broadway superstars like Kristin Chenoweth, Megan Hilty, Alice Ripley, Cheyenne Jackson and Gavin Creel. The Broadway @ series also premiered in 2013 in New Orleans, in Australia (Sydney & Melbourne) with Megan Mullally and in London's West End with Patti LuPone at the Leicester Square Theater. This season of 2014-15 in addition to Santa Monica, the series travels to New Orleans @ The New Orleans Center for Creative Arts (NOCCA), Fort Lauderdale @ The Parker Playhouse, San Francisco @ The Nourse Theatre, Dallas @ The Dallas Theater Center, San Antonio @ The Woodlawn Theatre, The Poconos @ The Pocono Community Theatre, Detroit @ The Berman Center for the Performing Arts, Provincetown @ The Art House for its fifth consecutive summer… and at a city near you soon! Additional artists who have participated throughout this season include Vanessa Williams, Chita Rivera, Ana Gasteyer, Joanna Gleason and Christine Ebersole. Info at markcortalepresents.com. 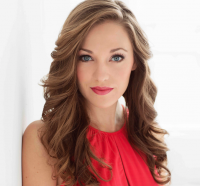