Author turned web show creator reveals all the behind-the-scenes tidbits about the show and cast.

Los Angeles, CA -- (ReleaseWire) -- 03/21/2014 --Lauren Hamilton will be featured on two panels at the world's largest and oldest web festival, LAweb Fest. The first panel, Fight the Power, takes place on Friday, March 28th from 4-5PM. It will focus on how talented writers, directors and actors in the LGBT community are using web series to tell their stories in ways television and film are not. Women Warriors of the L.A. Web Series Scene is the second panel Lauren will be a part of and takes place on Sunday, March 30th from 5-6PM. Lauren will discuss topics relating to her web show, Single_Never_Married, and answer questions from the audience.

Both panels will be held at the Radisson Hotel at LAX. Screenings of Lauren's web show, Single_Never_Married, take place on Thursday, March 27 at 6PM and Sunday, March 30 at 12PM. For a full list of events and more information about purchasing tickets, please visit the website at LAwebFest.com.

Lauren said, "I'm excited to share my experiences as an African-American lesbian woman who has a passion for making original web content. The LAweb Fest is celebrating its 5th year and people from all over the world will be in attendance to share their work. I'm honored to be a part of the prestigious event."

Single_Never_Married is inspired by the book Lauren co-wrote with her father, William Hamilton, entitled How to Get Real About Dating: A Father and Daughter's Guide to Finding Love at Any Age. Books will be sold at both panels where you can get a signed copy from Lauren Hamilton.

About Lauren Hamilton
As a young girl, Lauren had a love for story telling and knew she wanted to inspire people with her words. After attending New York University and participating in the Chris Rock/Comedy Central Writing Program, she co-wrote a book with a father about dating that landed them on The Ricki Lake Show. Now Lauren spends her time creating web content and blogging for various websites and companies.

LAweb Fest
Established in 2010 by Emmy-winning producer and playwright Michael Ajakwe Jr., LAweb Fest has grown to become an international destination spot for the web series industry as thousands flock to Los Angeles each year from all over the world to showcase, study, and celebrate great web shows. 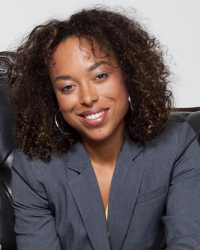 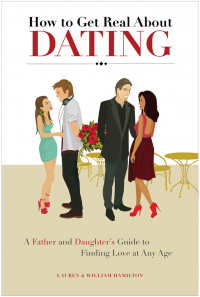