Due to increase rate of accident and injuries in The State of Texas, Charles Dunn Lubbock law office committed to fighting for the Texas accident victims.

Lubbock, TX -- (ReleaseWire) -- 01/29/2016 --According to statistics from the Texas Peace Officer's Crash Reports (CR-3) Texas traffic accidents lead the nation in deaths and serious injuries, as per Texas Department of Transportation report-

Based on reportable crashes in 2014:

According to statistics from the Texas Peace Officer's Crash Reports (CR-3), pedestrians are among the most vulnerable groups on American roadways today. Pedestrian fatalities totaled 486 in 2014.

Texas personal injury lawyer Charles Dunn of the Law Offices of Charles Dunn stated that, "Texas has been accelerating its effort to monitor, strengthen, and then enforce its safety programs, for the benefit of drivers. No one wants to see families torn apart through preventable fatalities.

Charles Dunn Lubbock Attorney continued, "In my more than 35 years of being an attorney and residing in the Lubbock area, I understood that helping to recover financially is important, but preventing these cases is vital for the community. Unfortunately, there were NO deathless days on Texas roadways in 2014. The reality involves real people and effects real families. Charles Dunn Lubbock office provides professional legal representation with a personal touch to accident victims in Lubbock, San Antonio and throughout Texas.

Charles Dunn is an active member of Electric Utility Board of the City of Lubbock, served as State Director for the States of Texas.

Lubbock Lawyer at Law Offices of Charles Dunn has helped hundreds of Texas residents to get fair compensation for injuries. Additionally, What's more, Super Lawyers recently recognized Charles Dunn as one of the best attorneys in the State of Texas for the year 2015 (THOMSON REUTERS). Peer Rating 4.4 out of 5 in the Martindale-Hubbell Law Directory (lawyers.com) and attorneys' ratings website and is a rated attorney with Avvo.com.

People who believe that they may have a legal claim can schedule for a No Obligation and FREE Consultation with Attorney Charles Dunn by calling our office at 806-763-1944. 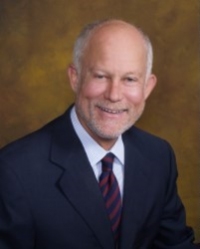