The three songs included capture what the and calls the struggle and bravery of Lebanese patriots protesting the decadent and glutinous leadership that has led Beirut to a near total financial, social and political collapse.

The sonorous soundtracks with strong meaningful lyrics include sounds of protest and samples that were recorded and transferred using "Whatsap", the phone application that was initially taxed in October 2019 triggering a wave of protest across the nation.

Recordings form protesters on the ground and protesters living abroad were used.

" Wala Ana", crafted exclusively from "Whatsap" voice notes emphasizes the opposition to brain drain and the desire of Lebanese entrepreneurs and students to stay in Lebanon and work in their native home.

" Farah El Thawra " tells the story of optimism and love in time of revolution. It includes popular revolutionary chants that dominated the protests.

The soundtracks are released in Arabic language but have French and English lyrics as well.

This music represents the voice of many who are desperately wishing for better days. It says exactly what is at the heart this revolution– Accountability.

In " Kellon Yahne Kellon" , The beat at the beginning takes its time to form to represent the different communities in Lebanon and to signify the momentum built during the 2019 October Lebanese revolution. Some parts of the song's lyrics translate to:

A caged bird sings, I need to break free
And the bird was starved from exploitation and misery
Until it became so skinny
And was able to sneak between the prison bars and fly out
It sings freedom, accountability for all
The bird is now stronger and its size grows larger everyday
It sings: I will never go back to that cage
I am free
Accountability for all
All of them means all of them.

While discussing the motivation behind the EP and the message that the music is meant to convey, the band spokesperson affirmed that all everyone wants now is progress, no to violence and real reform.

"It took 12 days for the government to resign and today we hope for a peaceful transition. All holders of public office must be held accountable… All of them means all of them – and that is the heart of the message." – Habib Deluccia

The music EP "Wala Ana" was crafted by a collaboration of passionate musicians from New England with sounds and samples performed by friends from Beirut, Europe (France, Switzerland, Netherlands, Austria, Germany, Ireland), and Dubai. The artwork for the project were done by artists Ama Chiniara, Noémie Honein and Raphaelle Macaron. Video by Farid Salame.

About John Lebanon
John Lebanon is a group/band started in Providence, Rhode Island by Roy S during his training in internal medicine. A self-taught multi-instrumentalist/producer, his debut album "Providence is Divine" was released in 2017 during his first year of residency. Roy meets Hatch as they start experimenting with synths. They release "Disco Boi" in 2018 and relate to Matt Deluccia and Adam Ferguson. Joined by many friends, colleagues and local musicians brought together by harmony, they are compelled to evolve their methods and style. All tracks are original and crafted with love and care. 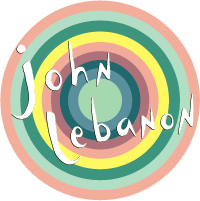 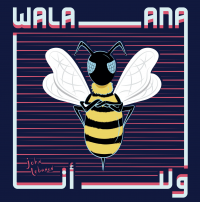 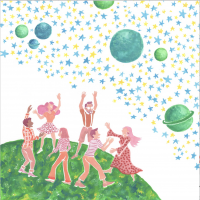