Nashville, TX -- (ReleaseWire) -- 03/14/2014 --One of Hip Hop’s first and finest Radio DJs and Super Producers, Marley Marl who created many of the sharpest beats and hooks in rap history continues his industry leadership to the present day.

Famous for representing the rap Mecca Queensbridge and known for introducing hip hop producers to sampling, Marley, born Marlon Williams, appears at the forefront of many of hip hop’s most important moments and movements: including rocking alongside Mr. Magic on Rap Attack, co-founding the legendary Juice Crew, battling KRS One and BDP in the infamous Bridge Wars, producing LL Cool J’s Mama Said Knock You Out, breaking new talent on Future Flavas, even inspiring the late great Notorious BIG.

“I don’t even recall when Marley and I first met, but I remember him being at Power Play Studios not far from Queensbridge Projects where he grew up at, when he introduced me to sampling”, recalls Spyder D, born Duane Hughes, raised in Hollis, Queens, as one of the wave of Hollis recording artists under the umbrella of Russell Simmons Rush Products Artist Management, back in the 1980’s.

“I know Marley Marl is one of the world’s foremost remixers in industry history from his previous work with people like LL Cool J”, says Spyder. I enlisted his service to remix “In Case You Didn’t Know” to get one of Hip Hop’s premiere mixologists take on what I created with legendary Grammy winner Anton Pukshansky and the incomparable Chuck D and David Ruffin Jr.”

“In Case You Didn’t Know-The Remix” will be featured on the EP “Big City Rappin’”, which is a 10 song teaser release for the forthcoming Spyder D album scheduled for release in May 2014. The album is titled “Spyder D’s Greatest Skits”.

The original mix of “In Case You Didn’t Know” was an announcement that one of the artists that helped bridgethe gap between the founding fathers and the wave that set the stage for the “Golden Era” of Hip Hop was back on the scene with his unique style of production and rap. Spyder has also released a book as written by Mark Skillz

“So You Wanna Be A Rapper-The Trials, Tribulations & Triumphs of Spyder D, available as an ebook currently.

Along with the release of the remix of "In Case You Didn't Know" and the release of "Big City Rappin" (remake of the Historical Classis - "Big Apple Rappin") this month, a new ringtone collaboration between WDA and Spyder D takes a unique vision plus expansion and creates a musical powerhouse. Spyder D and WDA will be releasing his first set of ringtones exclusively on Verizon Wireless (V Cast Music), February 24, 2014. Ringtones with other local and nationwide wireless carriers will also become available soon.

Spyder D believes that people will know good music even when the times change “Change is inevitable but quality is hard to come. So although we may have talented individuals, talent never guarantees you success” Spyder D.

About Marlon Williams
Marlon Williams, better known as Marley Marl, is an American DJ and record producer, who is considered one of the most important and influential producers in the history of hip hop 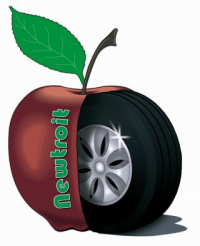