A horrific tragedy at the turn the millennium sent the author, James Tarantin, to track historic clues and discover an Equation that was hidden in the margins. The embodiment of the American Dream, James immigrated alone to the United States with no money, family or formal education, only to have his inspirational Equation get endorsed by the iconic Larry King.

The Equation is the discovery on how to reverse the clock and alter one’s future.

Handwritten to a book, the Equation saga is inspired by true events that span over 58 years. When its adventures on 4 continents reach their apex, a sneak peak reveals:

There is no Luck, Talent, IQ, or Time.

Controversial? Yes. Many best-selling books often are. Today, books like The Secret, The Da Vinci Code, The Alchemist, and The Celestine Prophecy have together sold over 150 million copies. Current turmoil and despair worldwide have left people desiring for a complete transformation, a true beacon of triumph in these unsettling times.

Readers don’t want a loose theory; they want a modern runway for a higher accomplishment.

So what would have happened if Albert Einstein unveiled E=MC² in a novel?

With a growing fan base, thousands of young Titans have already got the Equation down. The Equation book is an innovation that has now been launched worldwide.

About the Author: James Tarantin
James Tarantin is a Philosopher, Game Architect, Author, the Executive Chairman of Tarantin Ent LLC and the Creator of 4=T²D². An American Citizen who immigrated to the United States alone with no family, money or any formal education … as a Philosopher, James studied 5 Chief avenues; The Mind, Pragmatism & Enterprises, Morality, Metaphysics and Aesthetics. These avenues are explored in his written works, such as The Equation. 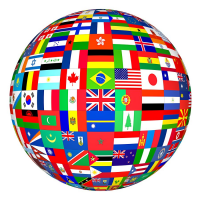 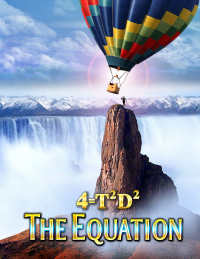