Ronaldinho Gaucho, is well known throughout the world, as one of the greatest athletes of our time. With well over 40-million followers on his social media channels and numerous endorsement deals with the likes of brand giants like Nike, Pepsi, Coca-Cola, EA Sports and Gatorade, Ronaldinho has become a brand in-and-of-himself. This however is the first time that he has decided to pursue his own brand and become a business partner on such a deal. His decision to partner up, develop and launch the Athletic Elite 10 sports supplement line is very exciting news and is sure to excite the millions of people who admire Ronaldinho and his vast accomplishments.

AE10 was created for athletes who are looking for a major edge both in the gym and on the field/court. AE10 is fueled by their GoShow™ campaign, which begs the question; "as an athlete, do you both play the part and look the part?"

According to James Villepigue, President of Athletic Elite 10, "today's top athletes are no longer one dimensional, where they only focus on their athletic performance and skillsets. Today's top athletes know that looking good is just as important as "playing" well. This means making sure that you're giving your body everything it needs to produce lean muscle, reduce body fat and create an ideal physiological environment. This combination allows athletes to bring their bodies to peak levels of conditioning. This balance of performing great and looking great are the essence of what it means to be GoShow™."

Supplement industry icon, and monster brand builder, Liz Gaspari, teamed up with Ronaldinho Gaucho. Together they officially launched the Athletic Elite 10 brand at this year's Arnold Classic, Brazil, on May 29th – May 31st, 2015, in Rio De Janeiro, Brazil. The Arnold Classic is the largest mainstream fitness and sports festival in the World, run by the one and only, worldwide fitness, political and A-list celebrity legend, Arnold Schwarzenegger. The launch was a major success and now the company prepares for their U.S. launch, in September, 2015.

The Athletic Elite products not only represent the finest sports supplement products in the marketplace, but they're also being called one of the best tasting product lines out there.

Visit their website at http://AthleticElite10.com and win the chance to meet Ronaldinho, receive AE10 goodies and sample the AE10 product line.

According to Liz Gaspari, "this changes everything! If you were in Rio, for the Arnold, Brazil, you had a chance to see the Athletic Elite 10 mega booth and saw why these products were good enough for one of the worlds greatest athletes to want to become a partner…they're that amazing!"

AE10 products were uniquely formulated and designed to appeal to all kinds of athletes. From professional and elite level athletes to aspiring athletes and weekend athletic warriors, the AE10 line is for anybody interested in achieving radical results and optimal health. The AE10 product line is the supplement line made for and used by all.

To help spread the word about the launch of Athletic Elite 10, the executive team has already begun spreading awareness through a multitude of online and offline media channels. 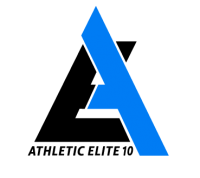 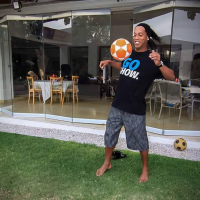