Leong's 21, Undergoes a New Branding Campaign to Make Customers Aware of the Difference of Local Competitors

They will undergo a complete make-over including corporate identity updates, online review management, website and menu design, plus many other customer service touch points. Customers can expect the same great food, large portions, proud family service and best pricing. Leong's 21 is known for offering low priced large combination dishes including fried rice, soup, egg roll and fortune cookies all day to include combination lunch for only 7.20.

The heart of Leong's 21 is restaurant owner and chef Ling Ling Lam, who is well known in the community for her generosity and community involvement. For over eight years, Ling has provided scholarships to graduating seniors in the L'Anse Creuse School District, as well as three other scholarships; one for Horticulture Science, one for Culinary Arts and one for the Criminal Justice Program. They also donate food for the Taste Fest for L'Anse Creuse High School North as well as the taste fest for Anchor Bay High School.

Ling herself immigrated to the United States from China in 1975. Her husband, Bing on Lam, worked as executive chef at a Chinese restaurant while she worked as a waitress, learning how to serve customers and about American culture. In 1988, they opened Sun Dragon in Detroit. In 2001, Ling took over Leong's 21. She travels to Hong Kong often. Leong's 21 is always filled with happy guests enjoying their favorite Cantonese, Szechuan, and Thai dishes. Neighbors in Chesterfield Township and surrounding communities know that Leong's 21 is the place to go for authentic Asian cuisine served in a casual atmosphere. Visit Leong's 21 at 46590 Gratiot, South of 21 Mile.

For more information to include company logo please contact David White of HYP at 586-215-3749. 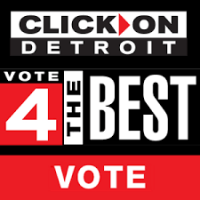 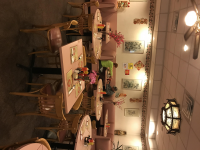 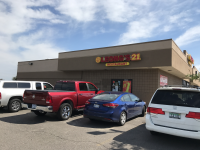