'Lincoln' Could Become Most Valuable Liquor in US History

"He is the most iconic, most recognized individual in the country," Goodin said, "and he was born here. He's like the patron saint of America."

Beyond the grain and aged barrels this whiskey is packaged in a unique way as the cork is made from a portion of the boundary oak tree Lincoln's father, Thomas Lincoln, used as one of the property's boundary markers on the Sinking Spring Farm.

The boundary oak tree majestically stood 8 stories, or 90-feet high, like a modern-day skyscraper, that would have been very familiar to the residents in Hodgen's Mills (later to be known as Hodgenville). The impressive oak, with a circumference of 6-feet in diameter and branches spreading 115-feet, stood at one corner of the Lincoln property.

The beautifully crafted wooden box is embossed with the president's signature that was found on the historic "Emancipation Proclamation" which declared all slaves to be free and gave African-Americans back their freedom as well as their dignity.

Inside the lid of the box is a replica of Lincoln's 1833 liquor license and bond showing him to be a tavern owner with partners, William F. Berry and John Bowling Green.

In the early 1800s, what was still part of the Hardin County territory, a young Abraham Lincoln lived with his father, Thomas, mother, Nancy, along with sister, Sarah, during what would be his most formative years. It was in this area and time the young boy would witness the demeaning sting of one man owning another as if he were a piece of property and it would be during these years the young Lincoln would learn to read and begin to thirst for knowledge grasping hold of any book possible.

'Lincoln' is a testament to the boy who experienced the innocence of a simple childhood while also absorbing and witnessing the harshness of life not realizing he was being prepared to one day change history.

Only 2,500 specially packaged bottles of 'Lincoln' will be available at the distillery and all participating liquor stores throughout the state of Kentucky, Georgia and Tennessee. If it is not on the shelves of your local wine and spirits retailer ask the manager to stock 'Lincoln.' 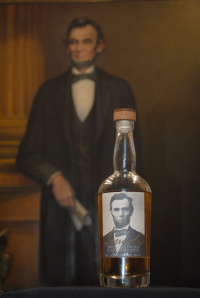 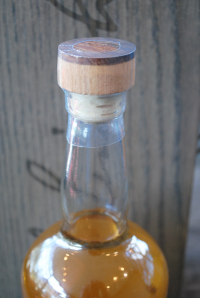