One NJ Liposuction man talks about Governor Christie's pocket veto on a bill that would have required small surgery centers to be licensed by the State Department of Health.

Edison, NJ -- (ReleaseWire) -- 03/20/2012 --In the beginning of January, the New Jersey Legislature passed a bill that would require one-room ambulatory surgery centers to be licensed by the State Department of Health.

The bill however will not go into effect anytime soon, as Governor Christie of New Jersey used a pocket veto. As the view of Liposuction New Jersey providers, a pocket veto is the only type of veto in which the Governor does not return the bill to the Legislature for a possible vote to override. This veto only applies to bills passed within the last 10 days of a 2-year legislative session. A pocket veto cannot be overwritten, but legislators can re-introduce the bill and try again at a later date.

Because the bill exempted the single-room surgeries from a tax levied on ambulatory surgery centers, it conflicted with a federal rule. The rule states that to qualify for federal matching funds from Medicaid, states must have uniform policies for taxing healthcare providers, according to the Department of Health.

Surgeries that used to only be performed at hospitals of NJ, e.g. Liposuction are now being completed in the offices of physicians equipped with an operating room or at outpatient same-day surgery centers. Under this new bill, every surgical venue would have been placed under the same health department license and inspection regime. The surgery venues would have had to pay for the inspection, which can cost upward of $2,000, as the joint replacement provider believes.

Today, the Board of Medical Examiners supervises one-room centers, but under the new bill, the centers would have been inspected by the state health department every two to three years.

The reason this bill was proposed came after a study on one-room centers was released. The study indicated that health care risks are more likely to occur in single-room surgery centers than at large ambulatory surgery centers.

"Had the pocket veto not been used, one-room surgery centers, such as ours, would have had to pay unnecessary taxes and/or fees even though we are Medicare certified," said the expert in rhinoplasty NJ, Dr. Andrew Miller. "The process in becoming Medicare certified is demanding and requires an inspection every three years. The government's goal of safety would be satisfied if they required all single-room centers to become Medicare certified."

© 2012 Master Google and Associates in Plastic Surgery. Authorization is granted, with the stipulation that Master Google, a company that offers to check Google rank for its clients, is credited as sole source. Linking to other sites from this press release is strictly prohibited with the exception of herein imbedded links. 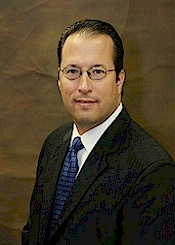