New York, NY -- (ReleaseWire) -- 07/27/2011 --phati’tude Literary Magazine is pleased to announce its fall issue, AWAKENINGS: BRIDGING THE CULTURAL DIVIDE Remembering September 11th. The deadline is August 12, 2011 and the publication date will be September 11, 2011, available on Amazon.com (http://tinyurl.com/phatitude-amazon) and other online outlets.

The attacks of September 11, 2001 reshaped the face of the nation and changed the course of history – not just in New York or the United States, but around the globe. AWAKENINGS will explore September 11th and its effects on literature as well as literature’s attempts to convey September 11th. We plan to accomplish this by highlighting works by Jewish and Arab-Americans, Israeli, and Arab poets and writers, including poetry and short fiction, book reviews, intellectual debate and scholarly inquiry that cultivate critical and creative thought. The editors are looking for “essays about what it means to be any of these types of writers (Jewish and Arab Americans, Israeli and Arab), and how you define these types of literature. We will also accept first impressions, poetry, and short stories (this might be repetitive?). While we will look at works written shortly after September 11, 2001, we are particularly interested in contemporary reflective pieces.

This issue is being shepherded by editorial interns Amanda Ostrove and Eric Barbera. Ten years ago, we compiled an issue commemorating September 11 in 2001, which was never published due to lack of funds. Ostrove and Barbera will select works from that compilation as well as newer works that provide a fresh perspective on what has happened since September 11th. Here, we have a rare opportunity to publish works written in the spirit of the moment alongside retrospective literature. While we are fully aware that politics plays an important role in this inquiry, as a literary publication, we choose to approach it via culture, the arts and literature. Our goal is to inform and educate readers through the eyes of our best writers.

For more information, check out our Submission Guidelines (http://tinyurl.com/phatitude-submission) and submit to editor@phatitude.org. Our website is full of great information (http://phatitude.org/online/phatitude-magazine/) about the magazine, previews, subscriptions and sales, and an Authors/Artist Index that lists the writers and the works featured in our magazine.

About phati’tude Literary Magazine
phati'tude Literary Magazine, established in 1997, is an award-winning, themed, quarterly published by the Intercultural Alliance of Artists & Scholars, Inc. (http://theiaas.org). phati'tude Literary Magazine features the best poetry, prose, short stories, articles and interviews along with literary criticism, book reviews and biographical profiles by established and emerging poets, writers and artists. With a focus on writers of Native American, African, Hispanic/Latino and Asian descent, phati’tude provides a forum for diverse voices and perspectives. We consider all writers multicultural. 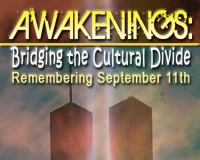