Hangzhou, China -- (ReleaseWire) -- 07/18/2019 --June 21st, 2019 witnessed Stephen Palmer's visiting to Liu Qiao company, which is the largest production base of down and feather in Asia. As the chairman of the American Down and Feather Council (ADFC) and the president of the International Down and Feather Bureau (IDFB), Palmer gave high praise and placed great expectations on Liu Qiao Group , "As a leading Chinese down and feather producing company, Liu Qiao need to continue to do all good work they have done." he said in the interview. For Liu Qiao company, the interview not only offered a multitude of suggestions, but also brought great confidence for its future development.

IDFB is an international association of the feather and down industry, as the president of it, Stephen Palmer had made the acquaintance of Liu Qiao Company for many years.

Liu Qiao is one of the first pioneering companies of the down industry in China with over 20 years' experience in design and development. And its brand Puredown, established in 2015, is also being recognized as a leading manufacturer specified in bedding products designing and production. With its strong background and IDFB membership, Puredown is well received in North America and Europe.

In the interview with Liu Qiao, Stephen Palmer emphasized that down industry is a global industry that is byproducts of the poultry meat business, of products that is natural, environmentally friendly and produce excellent consumer products with benefits in the area of sleeping, outdoor use.

Palmer identified China as the single most important country in the world for the down and feather industry which showed his confidence in the Chinese market. What's more, it is believed that down and feather industry would face a lot of challenges in the future, the only key to get over them is to impel leading companies like Liu Qiao to promote positive and correct aspects of down and feather products and show consumers the advantages of its environmentally friendly fiber, which would eventually convince consumers the real story about down of its benefits for health and environment.

Based on the words delivered by Stephen Palmer, Liu Qiao Group will constantly pursue breakthroughs and innovations in technology, testing practices, environment practices to play its leading role to promote positive aspects and to protect image reputation of the world down. With Liu Qiao's powerful voice in this industry, it will undertake its responsibilities and continue to do all good work they have done before.

About Liu Qiao Group
Liu Qiao Group is a diversified and cross-regional large-scale enterprise group located in Hangzhou. Owning the most advanced processing line for comforters and pillows, it has been partnered with global brands like The North Face, Bosideng and IKEA with its products exported to more than 40 countries and regions in the world. Being praised as "outstanding feather experts", Liu Qiao plays an important role in promoting the status of Chinese down and feather industry in the world. 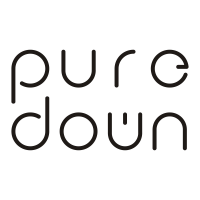