Atlanta, GA -- (ReleaseWire) -- 08/30/2017 --CompuTach, LLC is proud to launch the first automotive style gauge for a computer system. Computer users often wonder why their computer is moving slow? With the CompuTach, users can see computer's stats in real time, on an analog gauge. After seeing hackers rip old gauges out of cars to attach to their computers, Joe and Levi knew there had to be a better way, so they set out to make their future. The CompuTach allows users to know exactly when their computer resources are spent, on a great looking desktop gadget.

CompuTach displays essential computer performance stats in real-time on an automotive style gauge, just like the dashboard in a car. Now, with CompuTach, gamers will be able to monitor CPU performance (CPU, RAM, Temperature, and Ping Speed) in real-time without having to close applications or take up valuable screen space. The proprietary software, was coded "as close to the metal" as possible, ensures a minimum parasitic load which making sure precious resources are not wasted.

In addition, CompuTach allows the selection of unique color combinations using our red/green/blue LEDs. This way, it can be customized to match users' laptop or gaming rig. Gamers can also customize warning lights levels, IP addresses to ping, and access monitoring logs directly from the light software package.

Joe and Levi bonded over a slightly unconventional approach to life and a consistent ability to make poor decisions while in college. After college, Joe found himself installing hospital business system and Levi found his way into the federal government. Corporate and governmental red tape annoyed them both and they decided to become serial entrepreneurs in 2013. Joe and Levi have created and led several services-based businesses, but have always wanted to try to bring a physical product to market. During a late work night involving a few beers, Joe's computer started stalling and Levi slurred out, "you should have a tachometer for this thing..." CompuTach was born.

All engineering and industrial design are complete. The production sourcing and fulfillment vendors are in place, and they're ready to start as soon as their Kickstarter is funded.

Find out more at computach.io or at their Kickstarter (http://kck.st/2weYbHn). 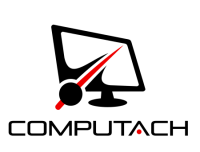