Oshkosh, WI -- (ReleaseWire) -- 08/02/2008 -- LoPresti Aviation, in an homage to their founder Roy LoPresti, has established an annual prize for “Innovation in Aviation”. LoPresti, renowned for his prolific and innovative aircraft designs was the creative force behind the Grumman Tiger, Cheetah, Cougar and the Mooney 201,232,252 and 301. (Not to mention NASA’s Lunar Lander and of course the LoPresti FURY)

“SpeedMerchants”, LoPresti’s performance enhancement company, has a list of innovations that reads like an inventors dream. Their designs have successfully improved the products of almost every manufacturer in aviation, from LSA’s to Jet transport.

The actual award was designed by the senior LoPresti before his death in 2002. It is a unique sculpture designed as an art piece and will travel amongst winners.

The yearly award will be presented at Oshkosh in a ceremony that celebrates the creativity and innovation of the winner. The judging process will be administrated through a web site dedicated to receiving and protecting the intellectual property of the entrants. Additionally, LoPresti will work with the winners to help develop and productize their ideas.

LoPresti is delighted to announce that the first winner of The Roy LoPresti Prize for Innovation in Aviation is DeltaHawk Engines. This small company has worked tirelessly for 12 years to bring a great design to market. The persistence and creativity of this company is something of which Roy would have approved.

In the first expression of our prize LoPresti has begun working with DeltaHawk to bring their product to a wider market. In this next year you will see their engine gain certification and we will work with them to create STC's for the burgeoning Diesel market.

LoPresti SpeedMerchants has a long established and successful reputation as the world’s leading provider of aviation performance solutions. SpeedMerchants is one of six divisions including: Aerodrome, Fleet Ops, Engineering, Fury and SkyStruck Enterprizes. 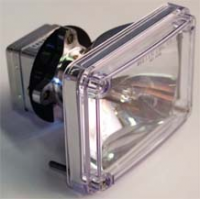