Shanghai, China -- (ReleaseWire) -- 11/25/2013 --On 19th November 2013, Mr Pierre-Frederic ROULOT, CEO & President of Louvre Hotels Group flew over to Chengdu with his team from Paris, covering more than 25, 000 kilometres to handover the TULIP INN flag to Mr Mark Pi, the newly appointed CEO of Tulip Inn - China for its exclusive development throughout China.

Mr ROULOT cited during his meeting with the Vice Mayor FU Yonglin: “Chengdu, capital of Sichuan Province, is the center of the Chinese Western Development as well as the key player and gateway for Western China’s opening to the world. It is our great pleasure to bring “TULIP” flower and also “Tulip Inn” to Chengdu, and its expansion plans throughout the whole of China, under the blend of International Standards Local Flavours. We sincerely hope that with the unwavering support from the Chengdu City Government and various other Government bodies, the TULIP INN brand as well as our other Louvre Hotels Group brands will be the highlight of the booming tourist industry of Chengdu and its region, of course including the French and Chinese culture exchange.”

As a mid range international brand, TULIP INN will firstly enter China by openings into Chengdu and its region, Mr Mark Pi – CEO of TULIP INN - China analysed: the hotel industry in the Chinese market is undergoing a revolution, there is a lot of opportunity to develop the mid scale market whereas there is a lack of international brands. COMFORTABLE, WELCOMING, INSPIRING STAYS is what TULIP INN brand delivers. TULIP INN will have various development modules: management, franchise and investment.

Mr Phileas Law, Senior Vice President & Managing Director of Golden Tulip China added:” it is the right time to develop in such a booming market in China, “DO”, “DARE” & “DREAM”, we believe these “3-D”s sum up the way we see things and the experience we wish to share with you.

During the ceremony, Louvre Hotels Group successfully confirmed 12 projects, a newly built Royal Tulip Resort - Song Pan in Sichuan with 710 keys. Five (5) Mareka hotels in Chengdu, Chongqing & Xichang, four(4) hotels from Laway Group in Tibet and the Hotel-H Boutique, Chengdu will be rebranded into TULIP INN hotels by signing the Memo of Understanding, an additional newly built Royal Tulip Hotel, Chengdu with 450 keys owned by Sichuan Ji Xiang Construction Development Co.,Ltd has added as the “icing on the cake”.

About Chengdu
Chengdu, capital of Sichuan Province, is the central city of Western China and one of sub-provincial status. With more than 2,300 years of history, Chengdu is now a global hub for the electronic information industry, a national base for new industrialization, new energy and new materials. As the gateway for Western China’s opening to the world, Chengdu hosts nearly 250 enterprises of the Fortune 500. It also ranks first in terms of practical utilization of foreign capitals and trade volume among cities in Central and Western China. Ten countries have set up Consulates in Chengdu including the USA, Germany, Australia etc, more than any other Chinese cities except for Shanghai and Guangzhou. 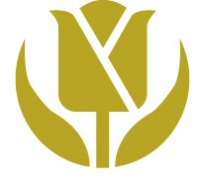