Accident to Airbus A320-211, registered D-AIPX and operated by Lufthansa's Germanwings, flight GWI18G, on 03/24/15 at Prads-Haute-Bléone

Although the public has not seen the final report, and indeed, as the investigation has not yet even been completed, the world already understands what happened aboard this tragic flight. What we really do not understand—and perhaps never will—is what drove Germanwings co-pilot Andreas Lubitz to research cockpit door security and methods of committing suicide. We do not know what drove a depressed human being to impel the plane and all the lives in his safekeeping into the side of a French mountain, condemning every soul aboard that plane to death. We do not know the devils that hounded him into this cold-blooded act. We only mourn, perhaps, his loss of humanity, as we mourn alongside the grieving families who have been robbed of their loved ones and their rightful lives.

All passenger/families received a total of 8 million euros, divided equally among them. Media reports on what passengers received from Lufthansa varies.

In the German media, the Rheinische Post claimed officials of the German airline said families of the 144 passengers have obtained different compensation amounts. It is also reported that Lufthansa group has paid 11.2 million euros ($12.48 million) to the families. Additional "uncalculated" compensation in "property damages" is still coming from Lufthansa to the families.

This compensation…coming from Lufthansa, whose 2014 profit was declared "flat" at a mere $31.7 billion, announced in October of 2015 a nine-month net profit of €1.75 billion ($ 1.97 billion), up 262.7% from €482 million. The tragedy which destroyed 150 lives, and crippled all of their families appears to have left Lufthansa's bottom line untouched.

Do we also mourn and grieve and condemn Lufthansa? The depth of the ethics and principals of this many billion dollar company—the largest airline in Europe—remains to be seen. We can ask ourselves if this is a high-principled company of good repute, of sterling honor. We need not conjecture long. A tangible answer will be obvious when these decisions are made. We will see where lie their priorities when we learn how they treat the families whose lives hang in the balance in their custodianship. 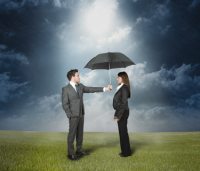