Power banks are annoying to lug around. The Omnipack lets consumers bring power and lights with them everywhere, then automatically recharges itself in sunlight.

Kaukauna, WI -- (ReleaseWire) -- 09/15/2016 --In the age where smartphones are in the bulk of the population's hands, there's a common trend of bringing an extra battery or power bank to the office, the outdoors or wherever needed in order to get another charge. It can supply one or two charges, before eventually running out of power. The worst part, the user then has to remember to recharge their phone and the extra battery.

Instead, what if there was a battery integrated into something like a backpack? More importantly, what if that battery used a solar panel to recharge on its own, so the user had one less worry.

Meet Omnipack - power, lights and solar unified into one well-designed backpack. The pack has a battery capable of recharging a normal smartphone two times, in case the sun is not out. Talking about the sun going down, whether camping, walking to the car or outside in the dark, the Omnipack integrates both front lights and tail lights. There isn't a need to carry a flashlight or use a smartphone flashlight app while also draining the phone's battery. The Omnipack has LED's built into the shoulder strap for the convenience of having light when it's needed. Furthermore, the tail lights give warning to drivers at night. And the best part, it's hands-free lighting!

What makes the pack special - the battery, lights and wires are integrated seamlessly in between the fabric of the backpack; meaning, there isn't anything for the user's stuff to get caught on. No wires, no power banks, just room for their gear.

By the same token, the ballistic grade nylon used is coated with a rubber on the backside making the fabric waterproof and unusually more rip resistant. Talking about rips and breaks, the zipper seems to be another point of failure. The Omnipack steps up in this department by using extra-large zippers to combat the normal wear and tear a backpack endures. The term backpack is being redefined to mean more than a bag with shoulder straps.

The Omnipack is on Indiegogo for a limited time at $79! It can be found here - https://www.indiegogo.com/projects/omnipack-power-lights-solar#/.

About Mahnke Labs, LLC
Launched in 2012, Mahnke Labs is a company that focuses on a new sector of wearables, where the blend of technology and design are united. Alex Mahnke started the company when he was 14 years old. By age 16, he sold and shipped the first 'test of the market' Omnipacks to 13 countries. Will Mooney joined the company a year later, and together, by the age of 18, we were awarded a Provisional Patent from the US and Trademark Office. Mahnke Labs' inability to quit is the fuel that drives them to overcome any obstacle that stood, or may stand in their path. 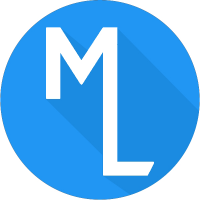 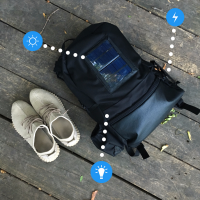