Emerging nations and their economies have exemplary in-country peaceful development policies and practices that ought to be copied by other lesser countries but, from the negative impact of colonial history, can copying actually support developing countries’ aspirations for economic stability in a non-corrupt and non-violent political environment?

Bamenda, Cameroon -- (ReleaseWire) -- 12/08/2015 --Aspiring to promote the comparative peaceful growth and development examples seen within emerging nations and Considering that the African Continent needs much aspirational hope and courage to enhance its own peaceful development perspectives, Modern Advocacy Humanitarian Social and Rehabilitation Association (MAHSRA), an NGO based in Bamenda – Cameroon and in Consultative Status with the United Nations Economic and Social Council ECOSOC [2013], releases two publications that address the scope of regional development objectives of emerging nations and the impact of colonial administration that have retarded African progress but now demonstrates new opportunities for regaining hope towards Africa's rapid development.

In the first publication, through exemplary emerging country policy work orientations and practices for promoting both regional and global peace, the researcher, Dr. Kelly Ngyah and CEO of Modern Advocacy Humanitarian Social and Rehabilitation Association (MAHSRA) presents the political, cultural and socioeconomic scopes that are responsible for making the emerging nations particular and worth copying for sustaining peaceful development aspirations across the globe. He as well strives at understanding the classical distinction within the developed and developing stances in order to distinguish the 'emerging nation' concept.

Through cited examples, he shows how influential emerging nations' regional development strategies and polices could be useful for building global peace. He as well identifies the visionary world order institution of the BRICS bank which could further serve in building development support approaches on West-free bases in certain regions

Direct copies of 'Recalculations on Peace and Emerging Nations'

Available at Amazon stores or Mail

Or previewing the 1st attached document

Or by joining our discussion Forums

Or previewing the 1st attached document

The Discussion Forum for this piece is spotted at: FORUMS

For the second publication titled: 'The African Worry and Hope':

The CEO of MAHSRA, Dr. Kelly NGYAH, in his attempt to locate the hurdles behind Africa's retarded development perspectives, examines the impacts of former imperial colonial oppressive administration on conquered indigenous territories during the colonial period and how the indigenous elites' post-independence political philosophies became corrupted within modern governance perspectives. Distinctively, he highlights that the African worry is full of losses, sorrow and pain accrued since the colonial era which today has inflicted much agony and psychological trauma in the minds of its leaders and its common citizens. And because life in Africa is consumed in an atmosphere of fear and insecurity, its people's desperation has thus been transformed towards political and economic crime for individual security and egoistic prosperity, a critical view which however does not reflect the culture of family that governed the African people in their strong holds and values for peace and development.

Where has such African community spirit values evaporated to? Can we get them back?

Counting on the commitments of several regional organizations and financial institutions such as the recent development arms and initiatives of the New Partnership for African Development (NEPAD), the African Union (AU) Commission and the emerging nation's (BRICS) member states' internal policy support for peace and economic growth in Africa, Dr. NGYAH exposes and thus give Africans more reasons to regain hope and be encouraged to enhance their own rapid development prospects.

Direct copies of 'The African Worry and Hope'

Available at Amazon stores or Mail

Or previewing the 2nd attached document

Or joining our discussion Forums

The Discussion Forum for this piece is spotted at:MAHSRA FORUMS

Besides the publication, MAHSRA as well, indicates that it is undergoing a series of research works on community conflicts' intervention schemes and best ways for integrating pragmatic peace policy development and direct peace activity growth within local, national, intergovernmental, and international frameworks. And thus, is highly soliciting support from the public.

As a point of note, Supporters of MAHSRA's initiatives are also informed that, information on partnership as one of the donors of MAHSRA's Peace and Development works, may be published on the organizational website as it becomes necessary. As such, there is need to confirm in writing to MAHSRA, if a supporter's name should be included and/or published within the organization's funders' bulletin. 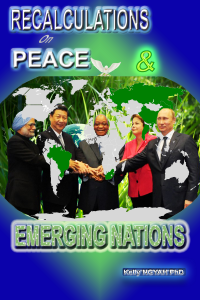 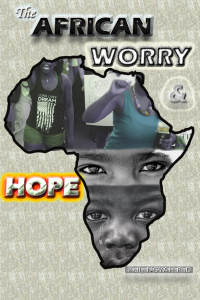