You CAN Get There From Here!

Brooksville, ME -- (ReleaseWire) -- 10/03/2019 --Downeast Maine writer/director Jim Picariello today announced his comedic short film, Passive Aggressive Dads (http://passiveaggressivedads.com), has been selected to play at the British Film Institute (BFI) London Film Festival. Conceived 66 years ago as a 'festival of festivals' to screen the best films from Cannes, Venice and Edinburgh, the BFI London Film Festival has grown into one of the world's most important and influential celebrations of the moving image.

"I'm beyond thrilled to have been chosen to screen Passive Aggressive Dads at this esteemed festival," said filmmaker Jim Picariello. "We all have absurdities and nuances in our lives, and if we see characters that represent our struggles, maybe it can help us understand ourselves a little more."

Inspired by Jim's real-life experiences, Passive Aggressive Dads is a darkly comedic revenge-fantasy aimed against youth's mockery of our most basic, social conventions. But instead of laughing at others, the audience is given permission to laugh at that part of themselves they may see in Mr. Picariello's characters, whether they relate to the protagonists or antagonists.

About Jim Picariello
Jim Picariello is a screenwriter and film director based out of Brooksville, Maine. His short screenplay, Ninja Chiropractor, is a semifinalist at the Austin Film Festival Screenplay Competition (in the running to be a finalist), and he produced a short film for Sesame Street about the Number 6. His most recent short film, Passive Aggressive Dads, has been selected to screen at more than 20 film festivals including SOHO, Breckenridge, Nantucket, Sedona, and the BFI London Film Festival. He is currently directing a short film, The Mushroom Huntress, starring Lacey Hannan and Hoyt Richards (infamously known as the first male supermodel), co-written with Lynne Williams of Bar Harbor, Maine, and produced by Kyle Lamont of Good To Go Studios. Learn more about Jim and his inspired and relatable work at http://jimpicariello.com.

About BFI London Film Festival
One of the longest running and increasingly significant film festivals, the BFI London Film Festival screens more than 300 films, documentaries and shorts spanning 50 countries. Considered a significant springboard for important and exciting talent, the festival presents a highly curated mix of independent, experimental and foreign movies to more than 200,000 attendees. To learn more about the festival, visit http://www.bfi.org.uk. 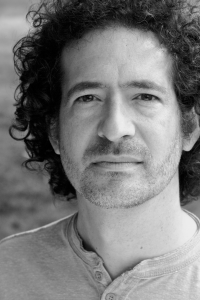